This Fine Octagonal Dore Bronze Jewellry Box is a Treasure Typically Collected by the Noblemen and Women who Toured Italy and Collect Souvenir Pieces such as this one when they were on the Grand Tour as they were easily Portable.

Initially popular from the late 18th to the late 19th century among affluent Europeans and Americans making the Grand Tour of Italy's classical archaeological sites and cities – most notably Rome and Florence, but also Pisa, Siena, and Venice among others.

The Lid is Decorated with a Fine Micromosaic of the Pantheon in Rome and the Side Panels are Enamelled with Champleve Leaves and Flowers.

The Pantheon which is Located in the Centre of Rome and was Originally Dedicated to Many Deities Especially Mars and Venus and in A.D 608/9 it Became a Christian Church.

Many of theses Fine Pieces were Sold from The Fine Shop of E. Tombini Located in the Famous Piazza di Spagna in Rome.

They would have Sold Items like this Exquisite Box as well as Items Made of Cameo, Shell, Intaglios and Lapis.

Developed in Rome in the 16th Century, the Technique of Micromosaic Work – Traditional Roman and Byzantine Mosaic Work, but in Miniature – was Initially Developed to Replicate with Tesserae – Tiny Hardstones (petra dure) or more Commonly, Minute Fragments of Coloured Glass (smalti filati) – the Paintings and Murals in Public and Religious Buildings Like the Pantheon in Rome, that were Rapidly Decaying at that Time from Humidity and Damp. However, by the Late 18th Century, Entrepreneurial Italian (and Later French) Craftsmen also Began to Employ the Technique Commercially on Decorative Souvenirs and Mementos for Private Clients and for Tourists Making the Grand Tour.

The Types of Objects Available to Collectors Include Pieces of Furniture with Inlaid Micromosaic Panels or Plaques and Decorative Picture Panels Primarily Intended for Wall-Hanging. Far More Common, However, are Diverse Caskets and Boxes – the Latter Mostly for Snuff or Pills; Paperweights, Pendant Crosses, Necklaces, Brooches, Bracelets and Other Items of Jewellery.

Favourite Subject Matter Include Classical Roman and Christian Buildings, Archaeological Excavations of Classical Sites, Scenes and Characters from Classical Mythology, Animals and Birds, Fllowers and Foliage and the Four Seasons.

Probably Created at the Vatican Mosaic Workshop. These High Quality Boxes are Increasingly Rare and Desirable. 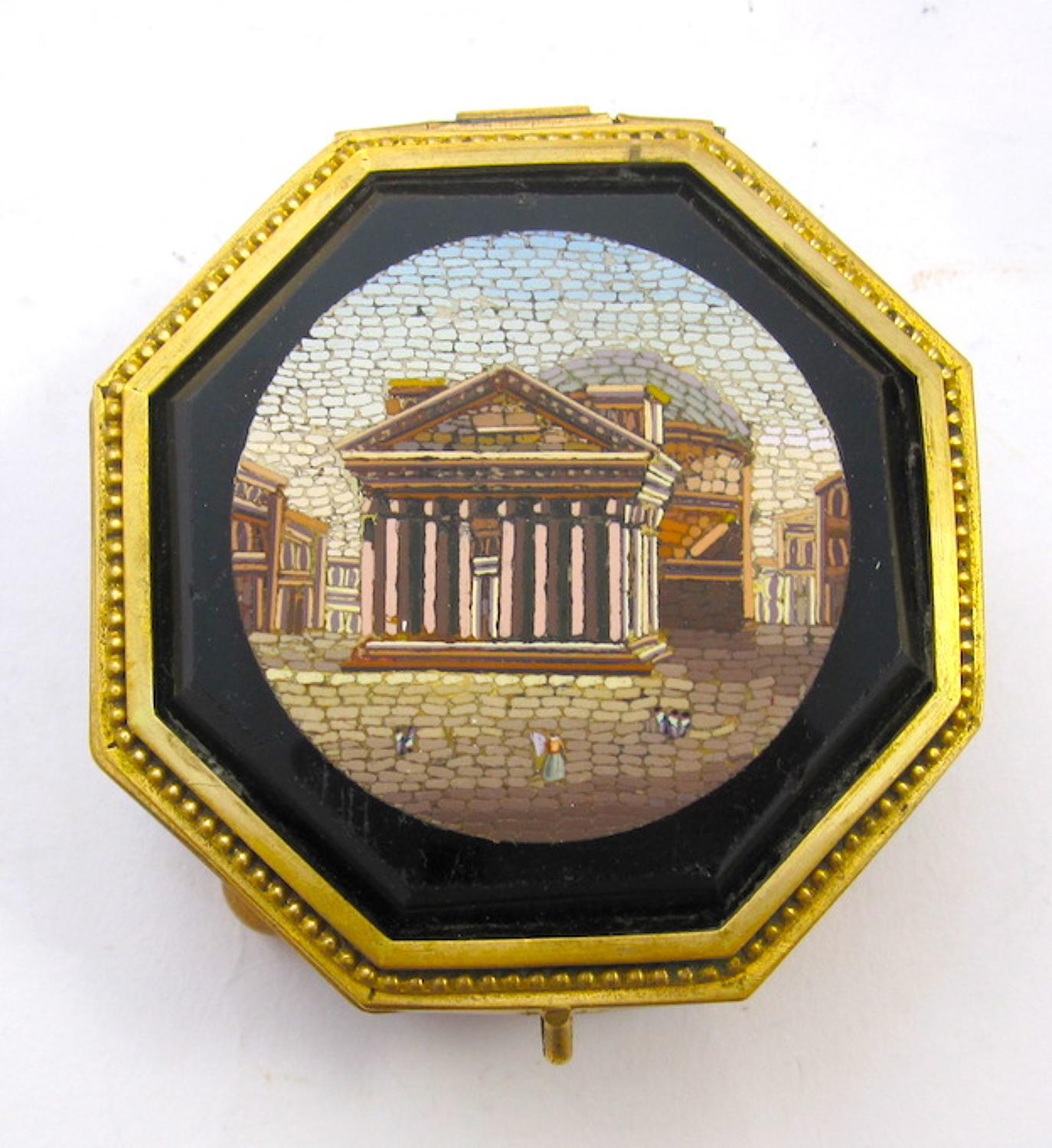 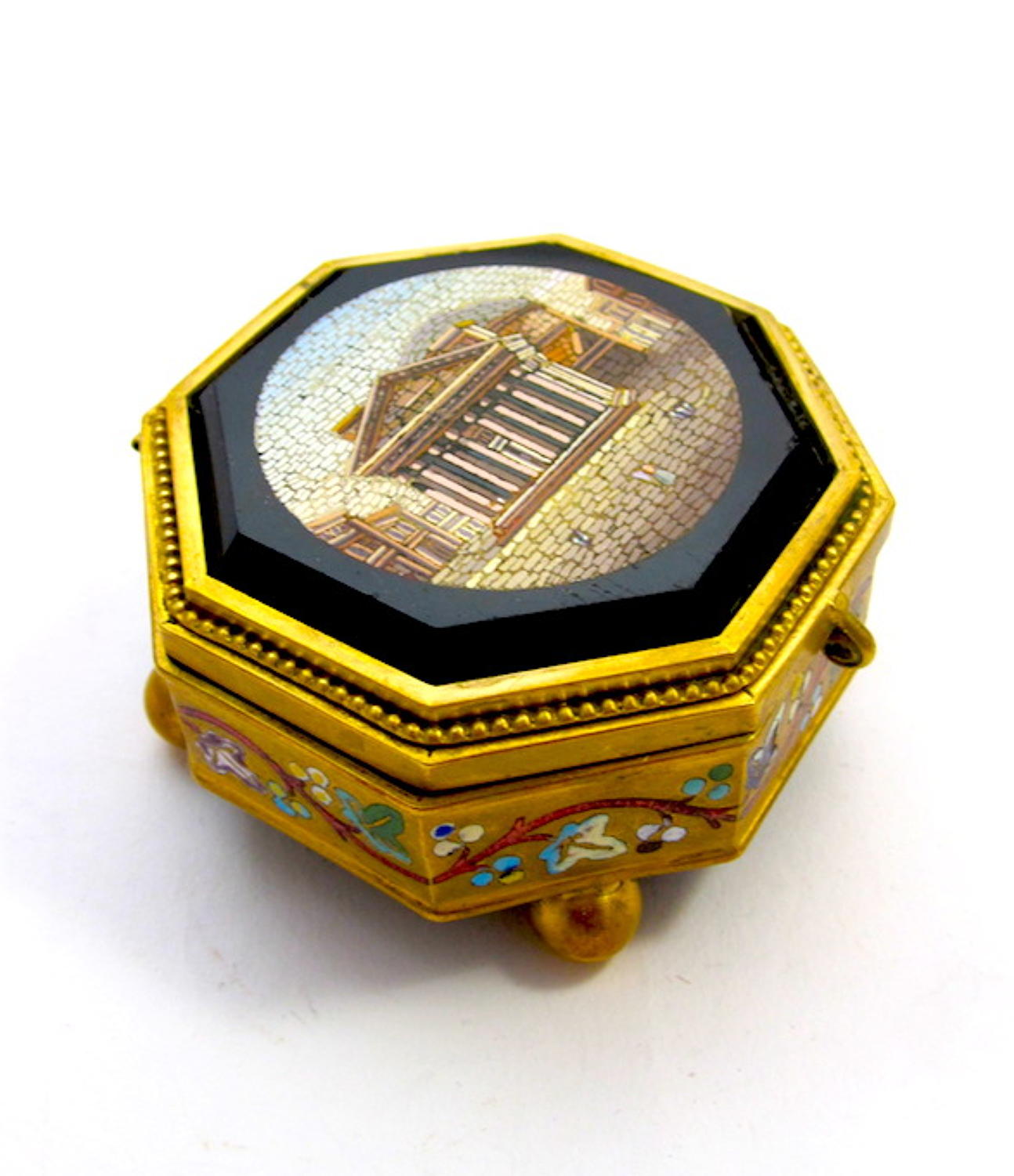 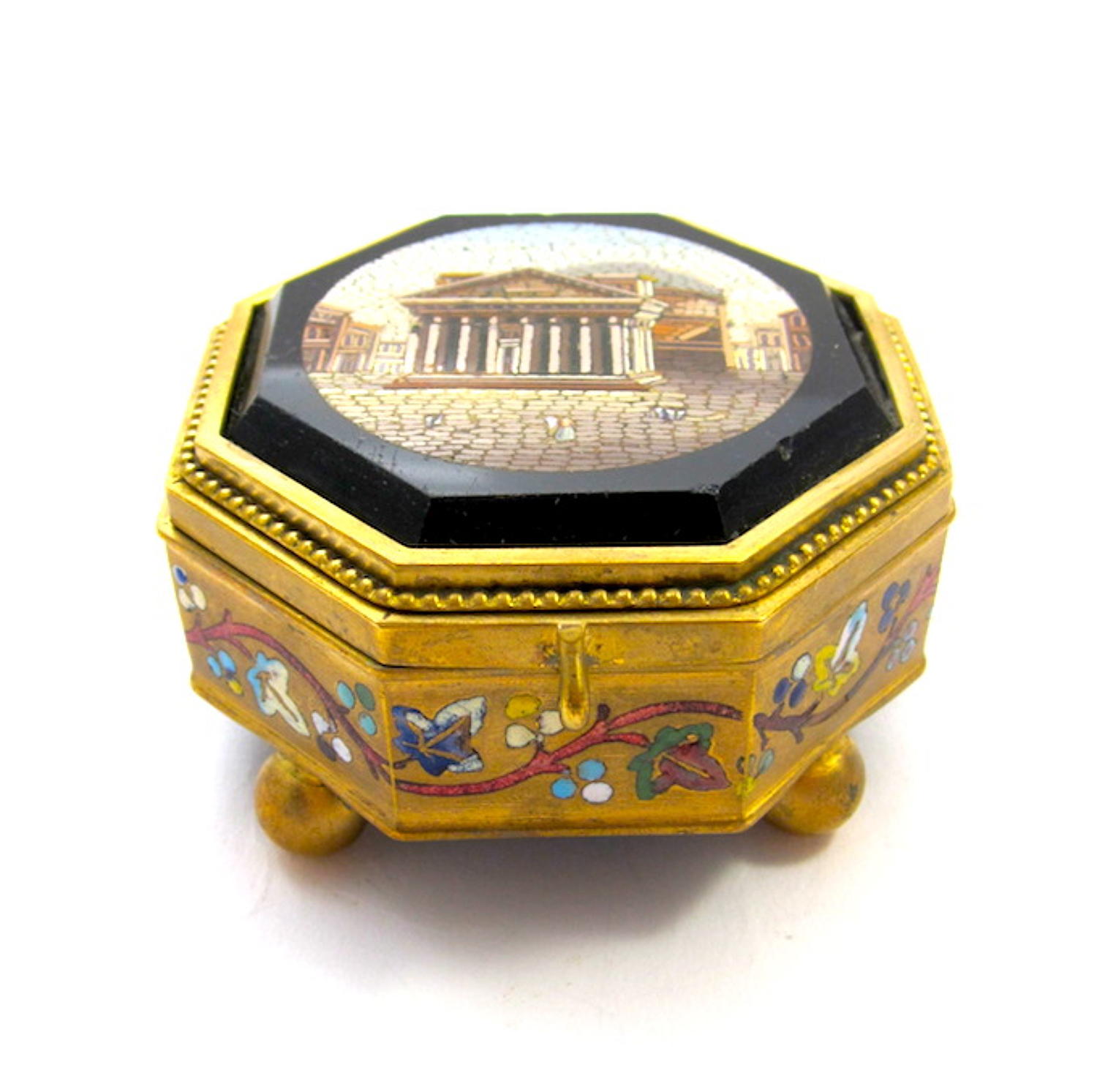 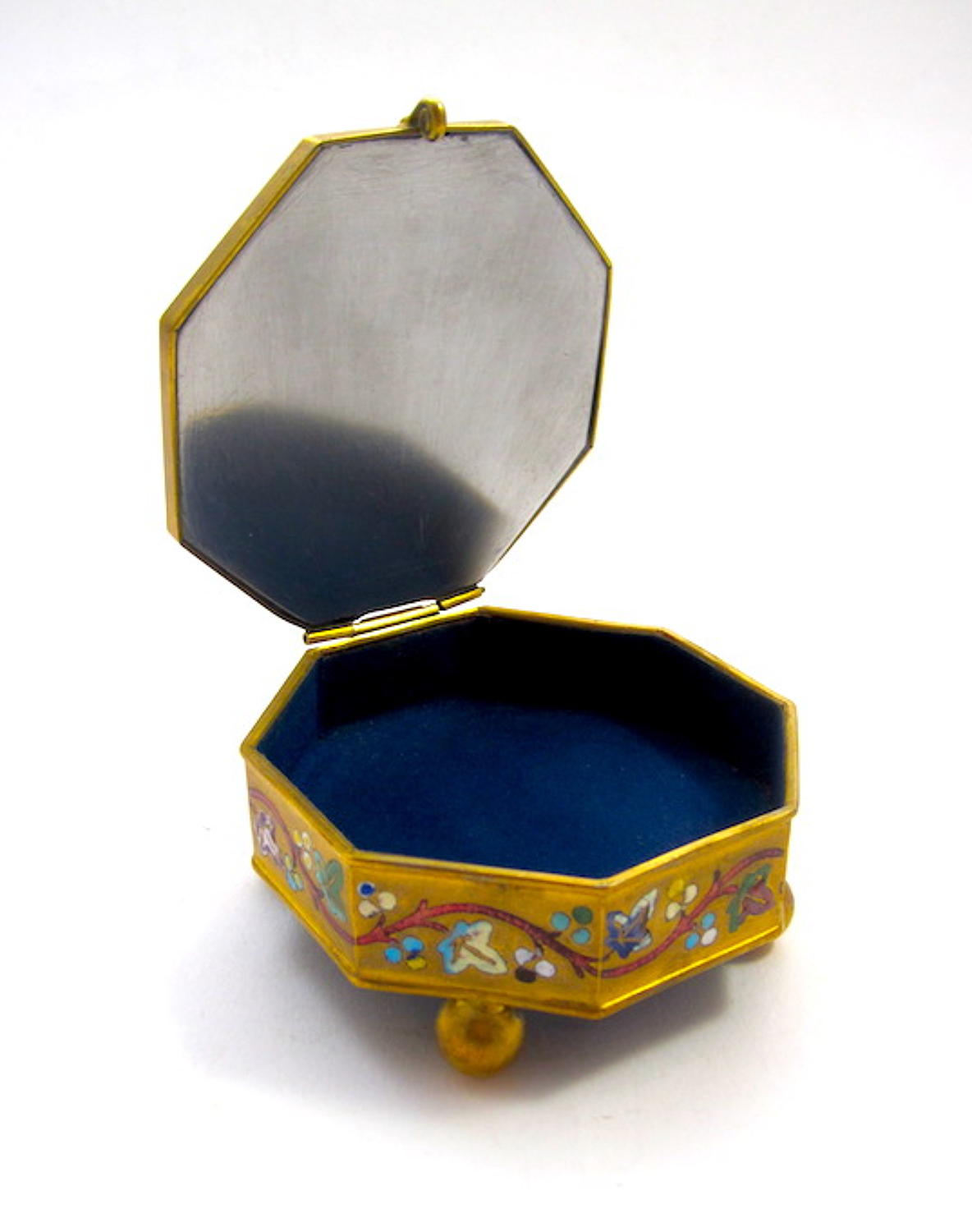 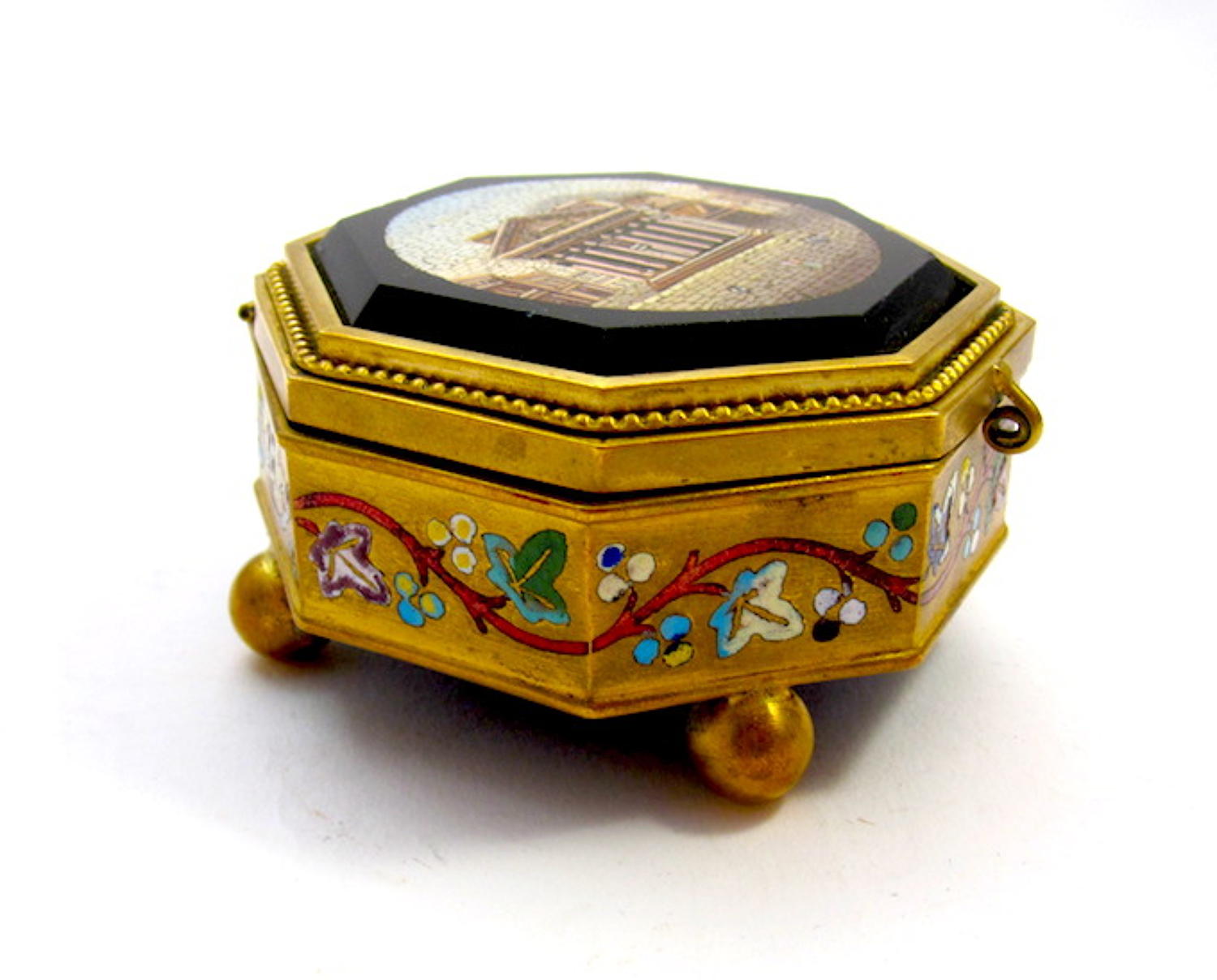 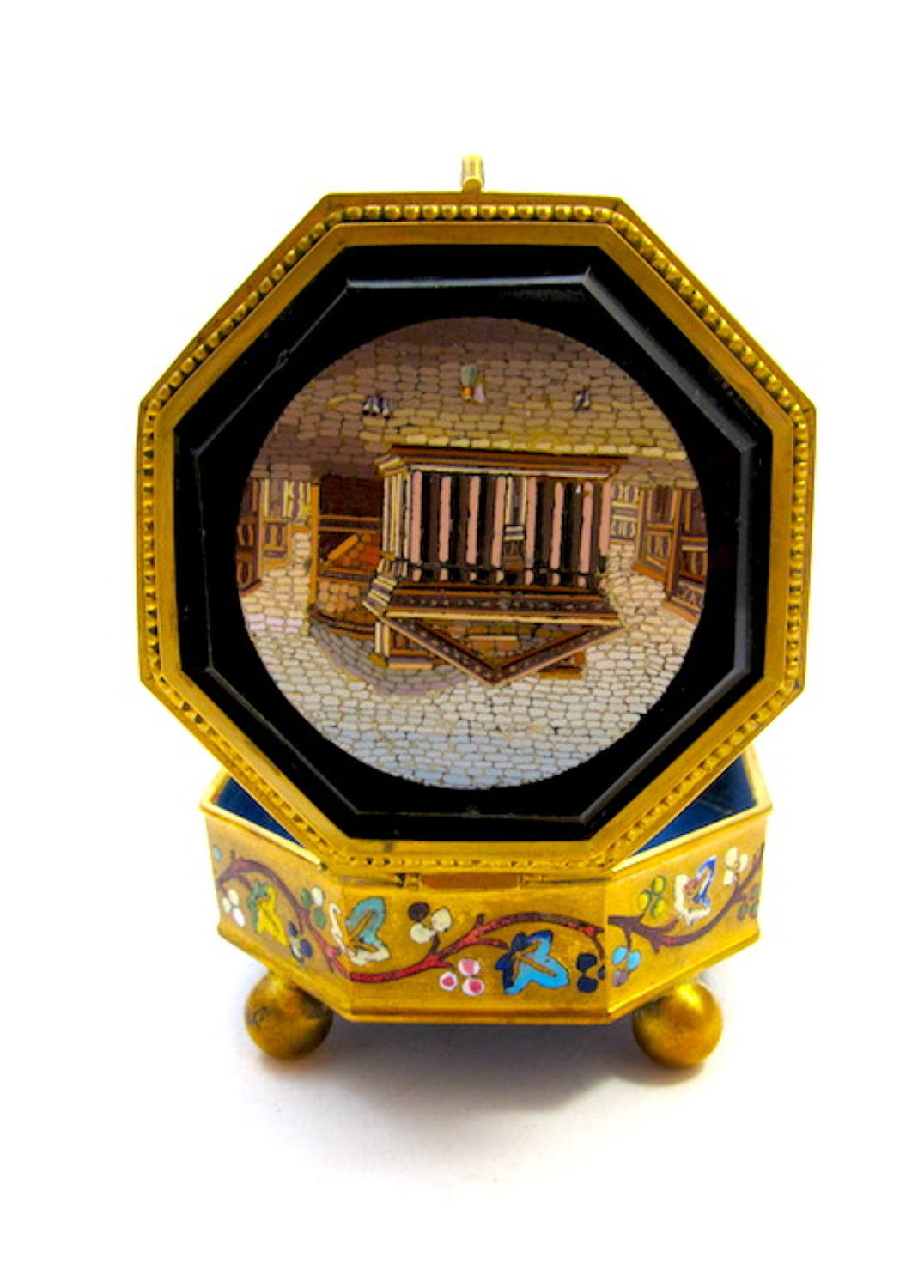 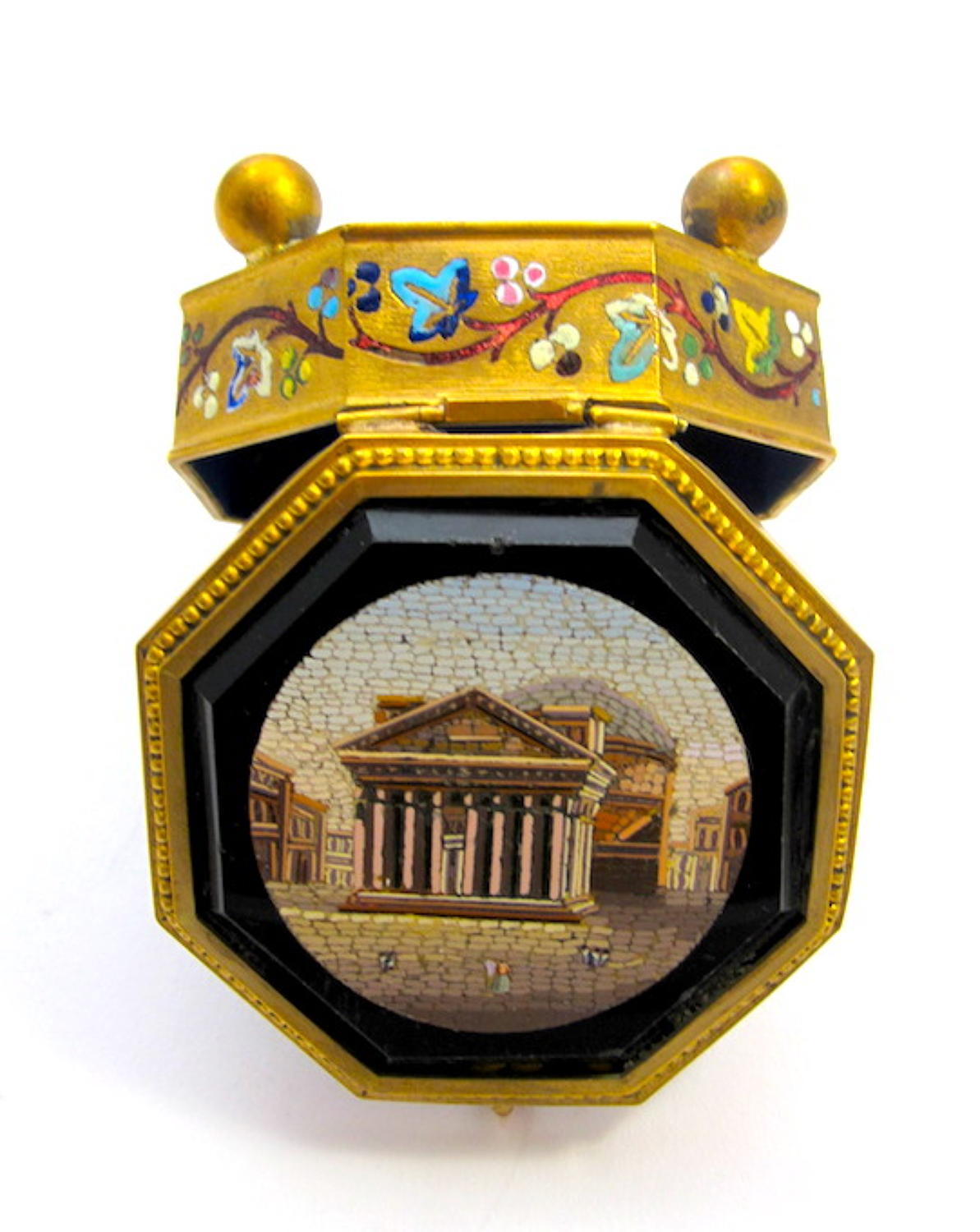 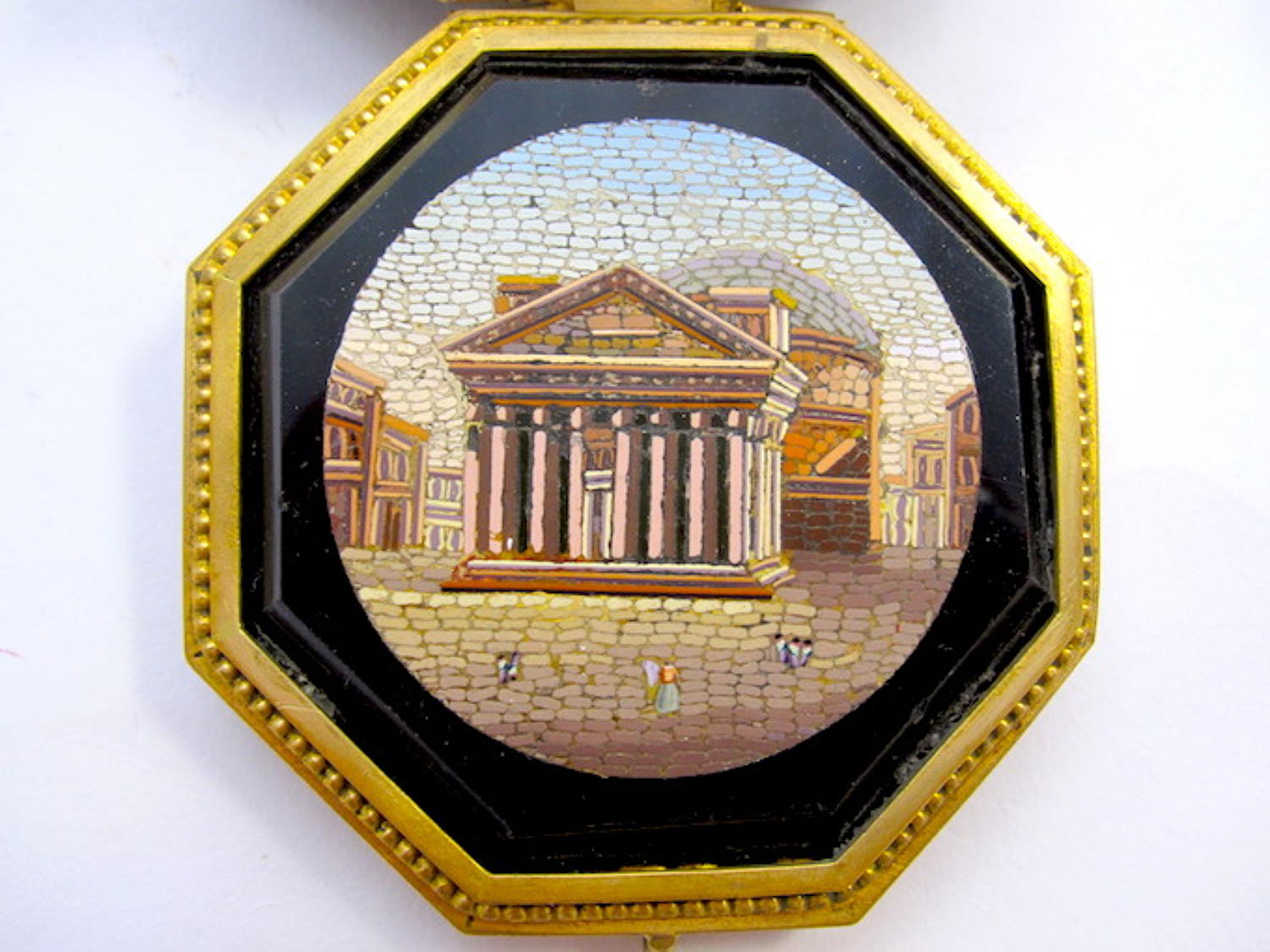