The Royal Blue Background is Decorated with a Gold band and Fleur de Lys Design.

The Sphere is Hand Painted with a Classical Scene Depicting 3 Greek Mythological Muses.

Clio:The Muse Clio Discovered History & Guitar.
History was Named Clio in the Ancient Years, Because it Refers to “Kleos” the Greek Word for the Heroic Acts.
Clio was Always Represented with a Clarion in the Right Arm & a Book in the Left Hand.

Muse Thalia was the Protector of Comedy; She Discovered Comedy, Geometry, Architectural Science & Agriculture.
She was Also Protector of Symposiums. She is Always Depicted Holding a Theatrical – Comedy Mask. 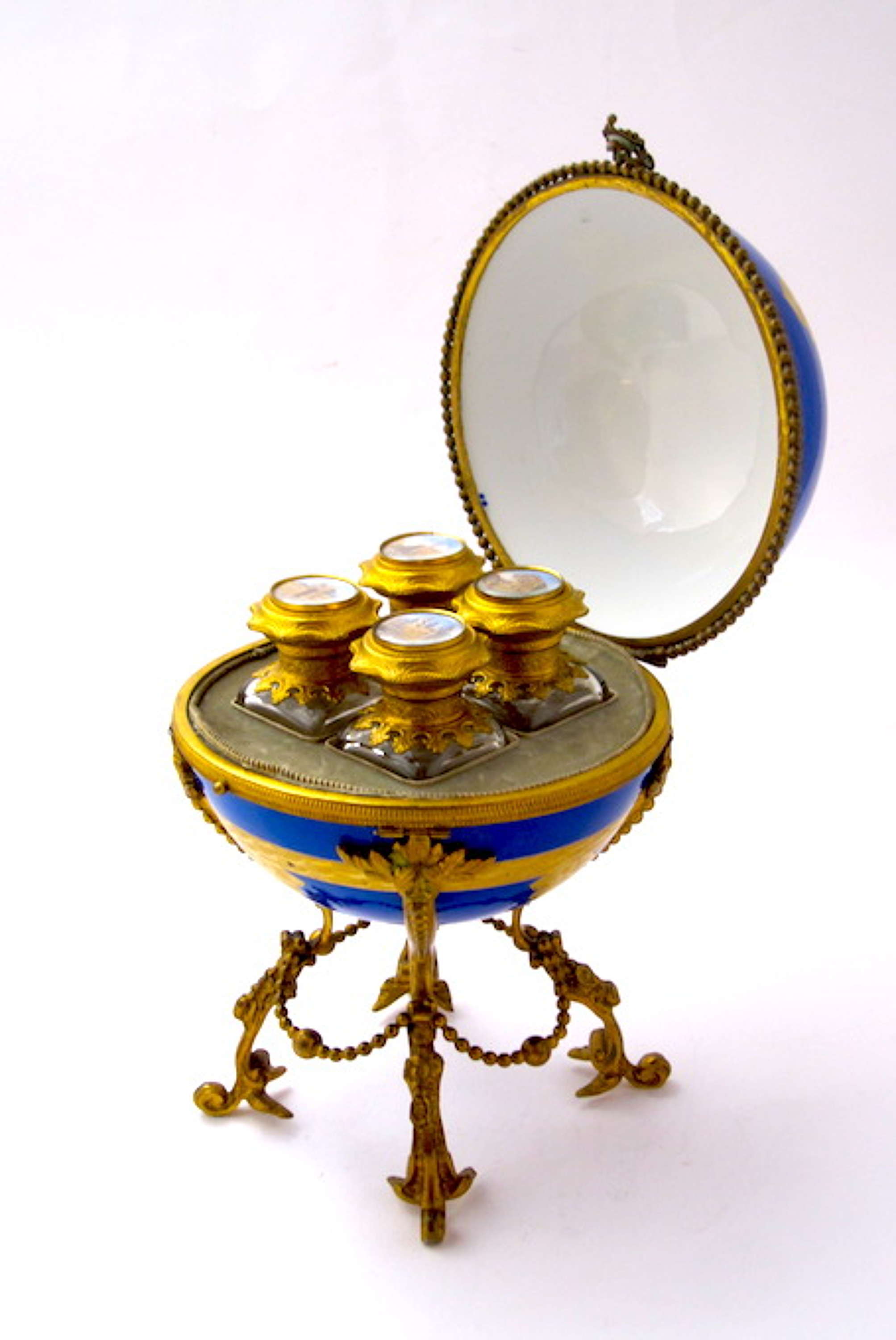 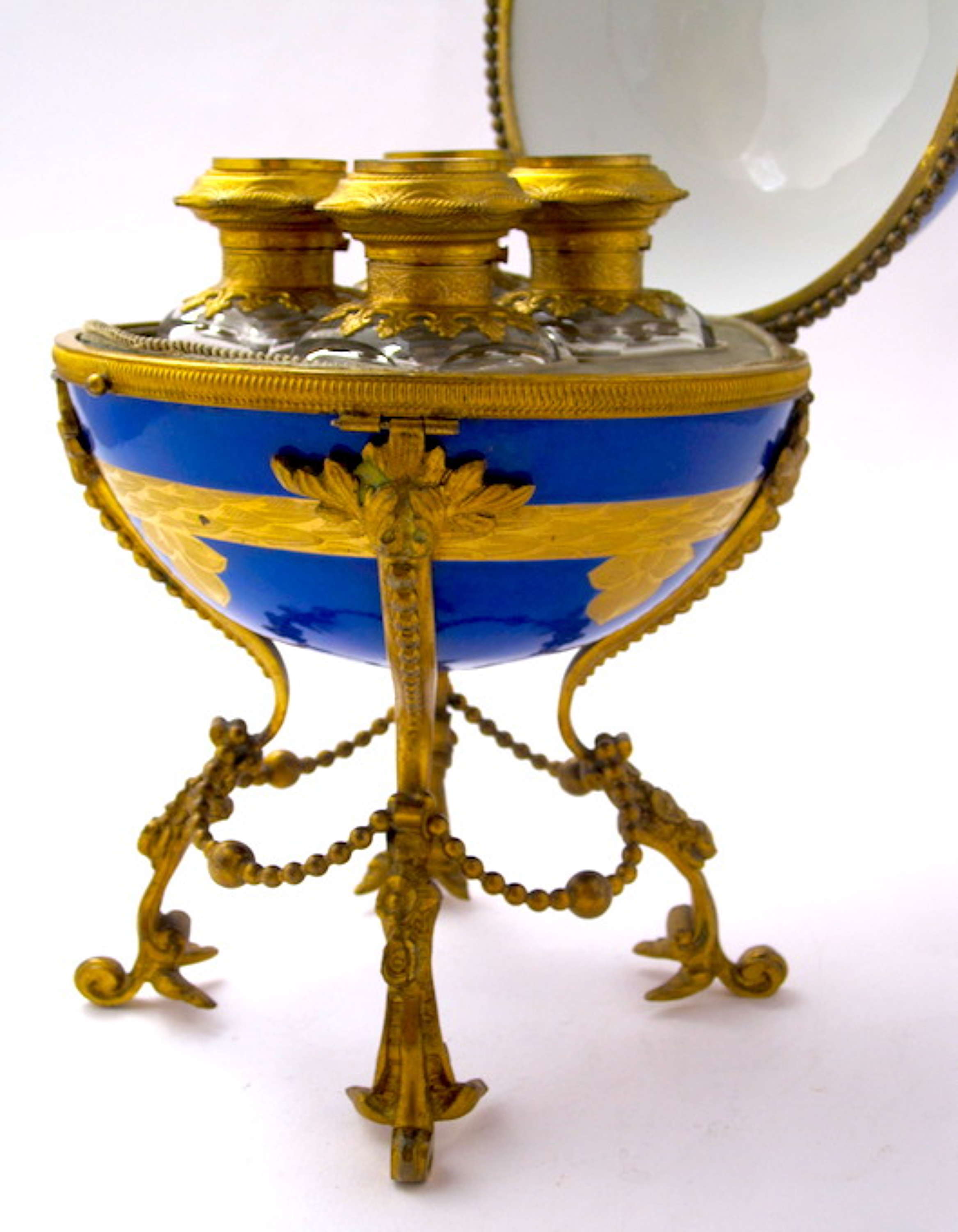 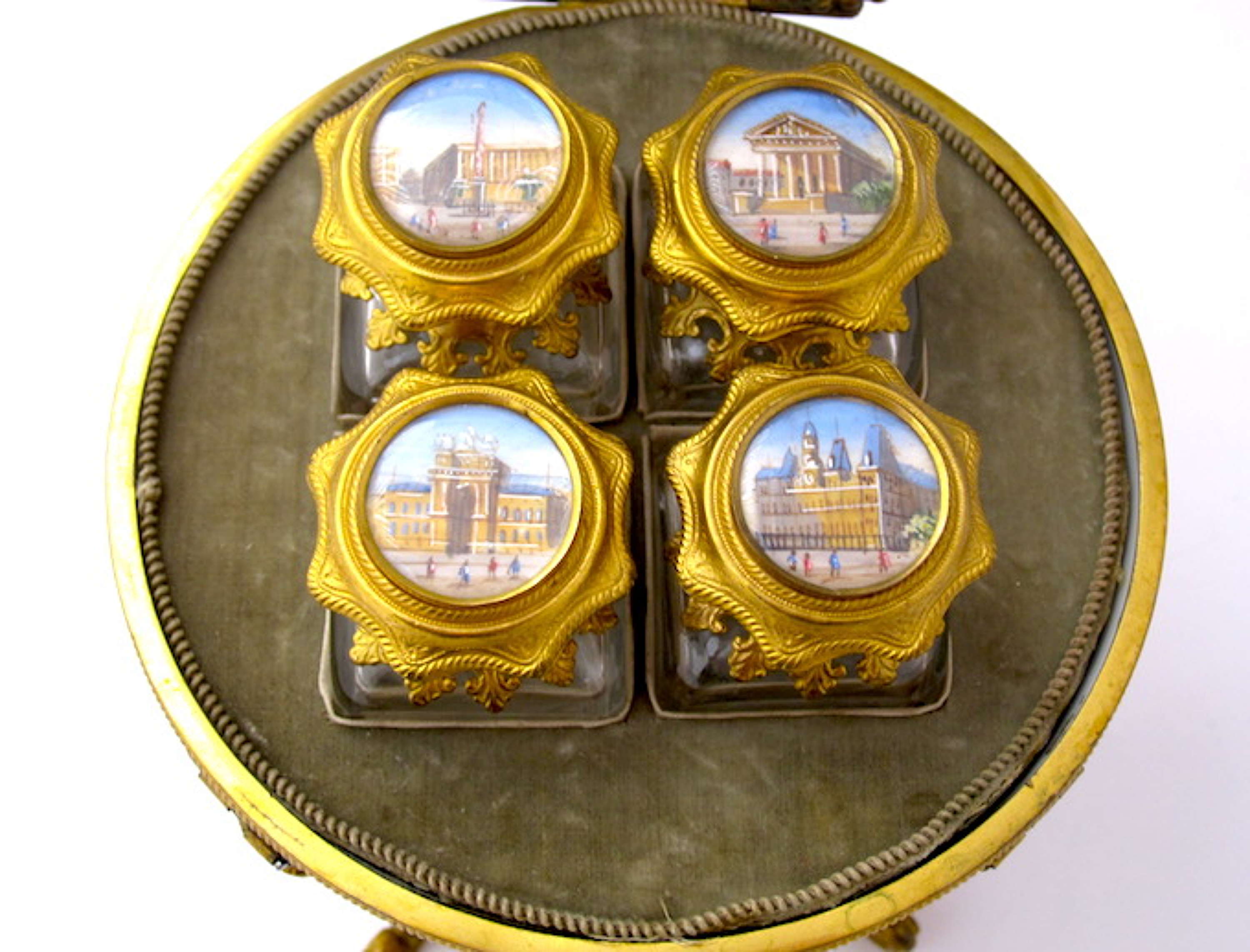 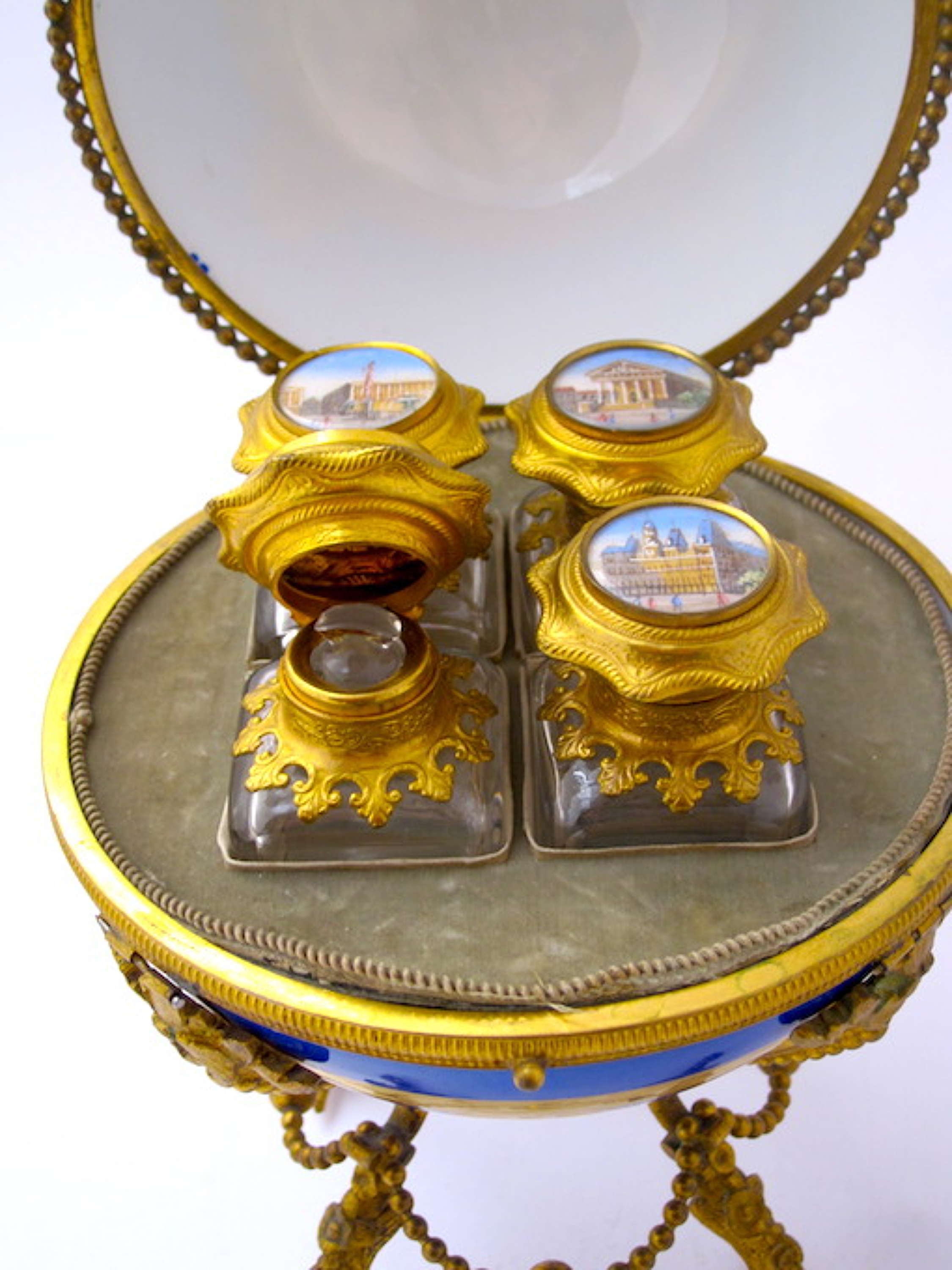 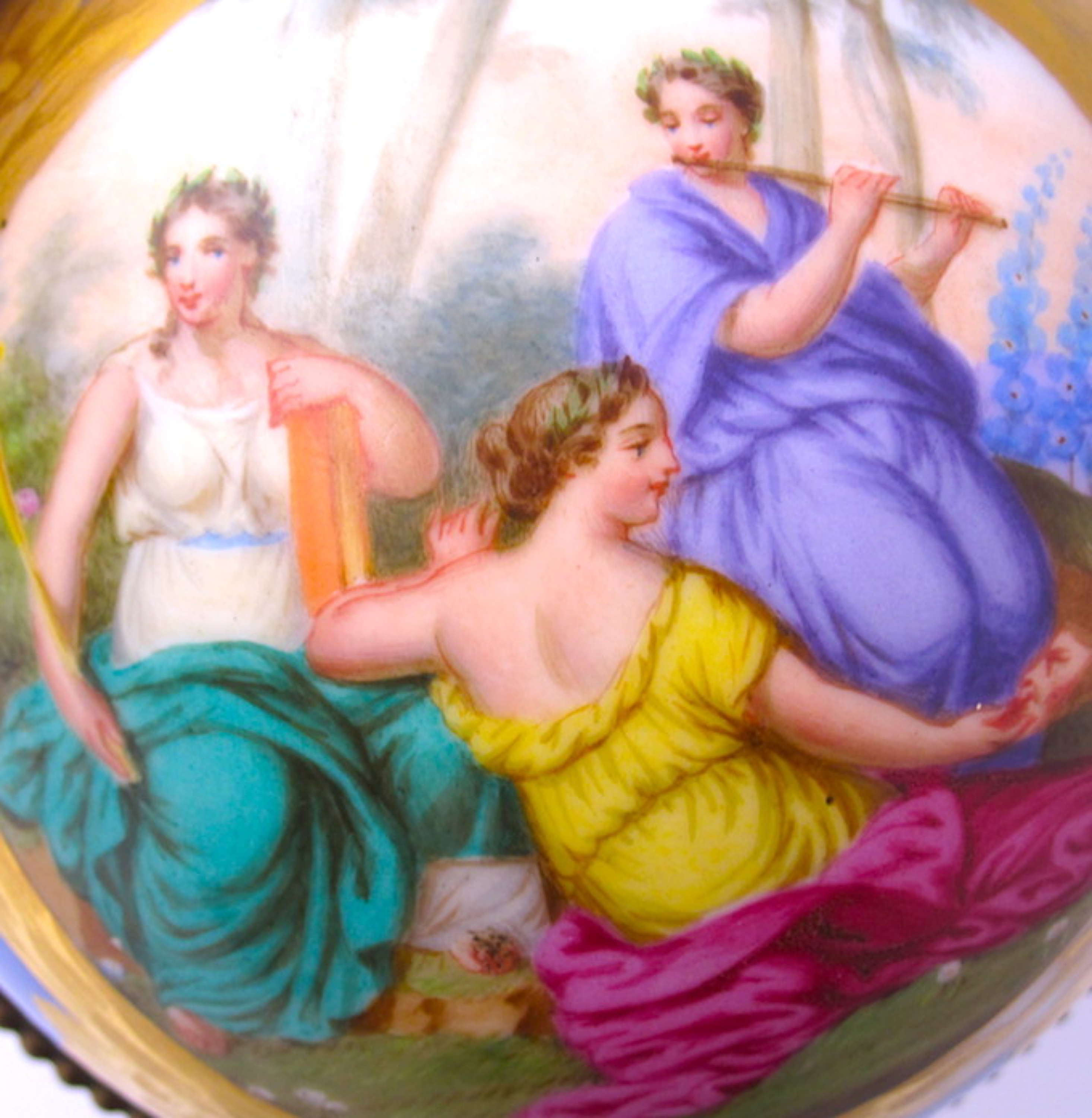 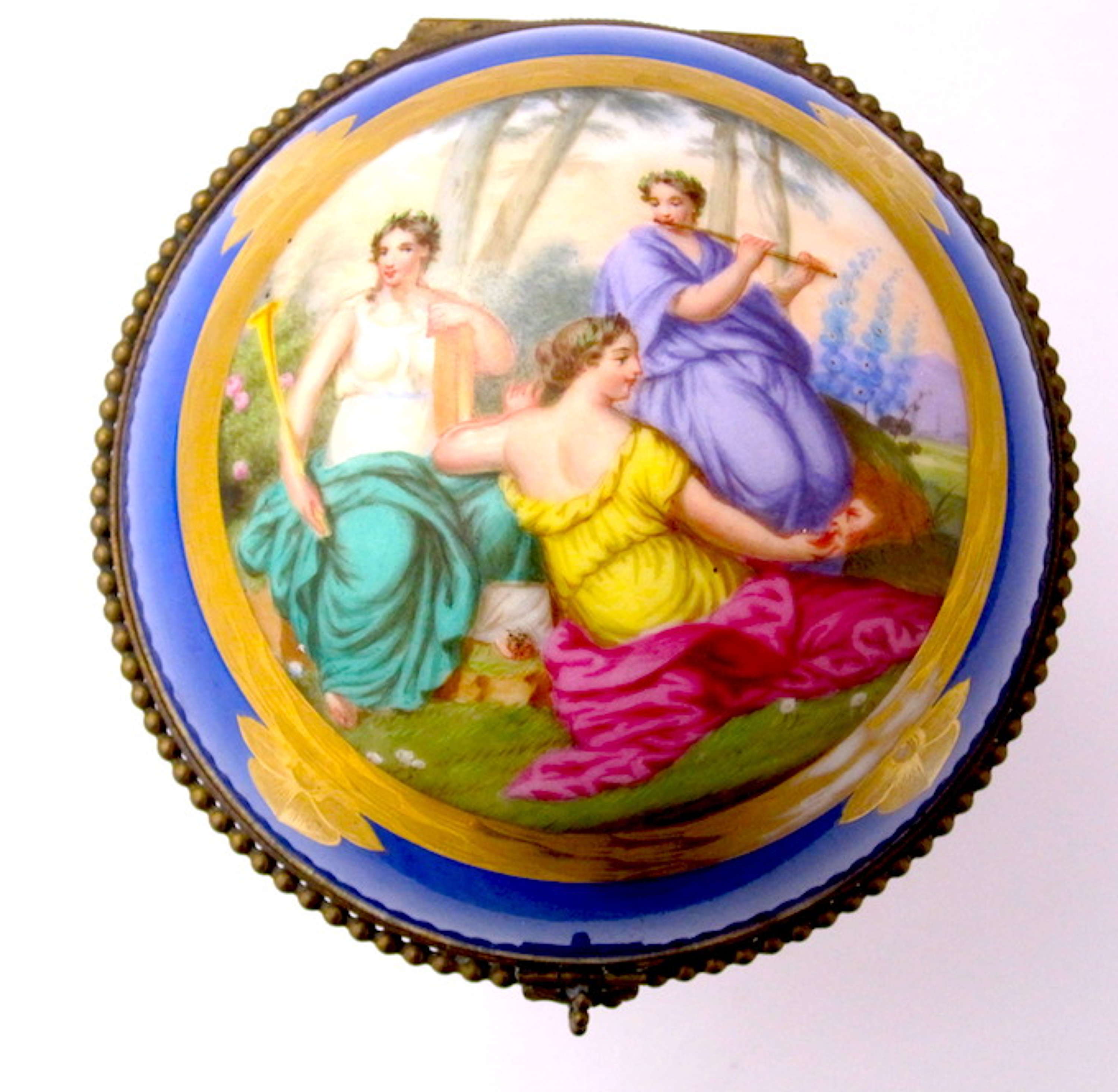 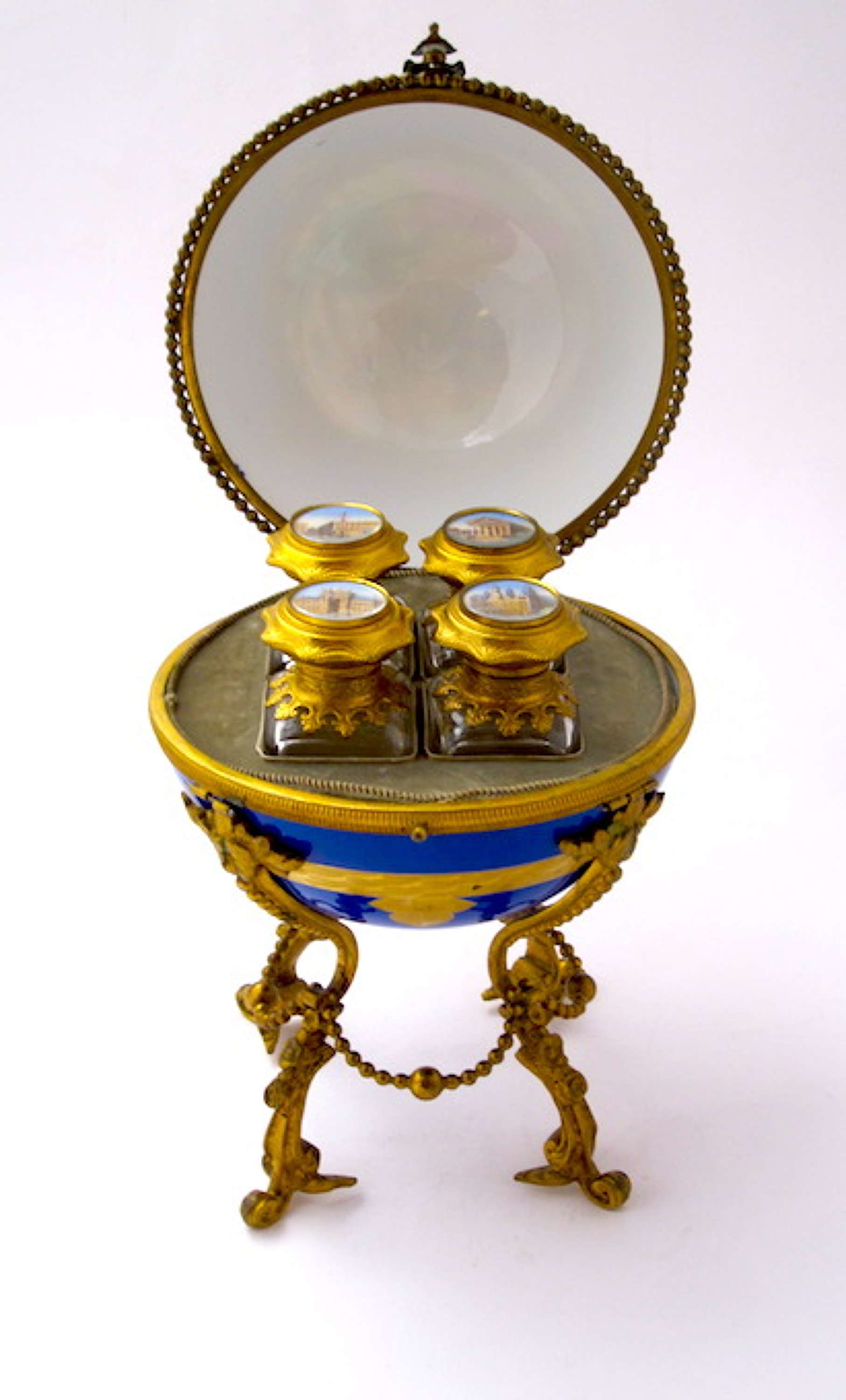 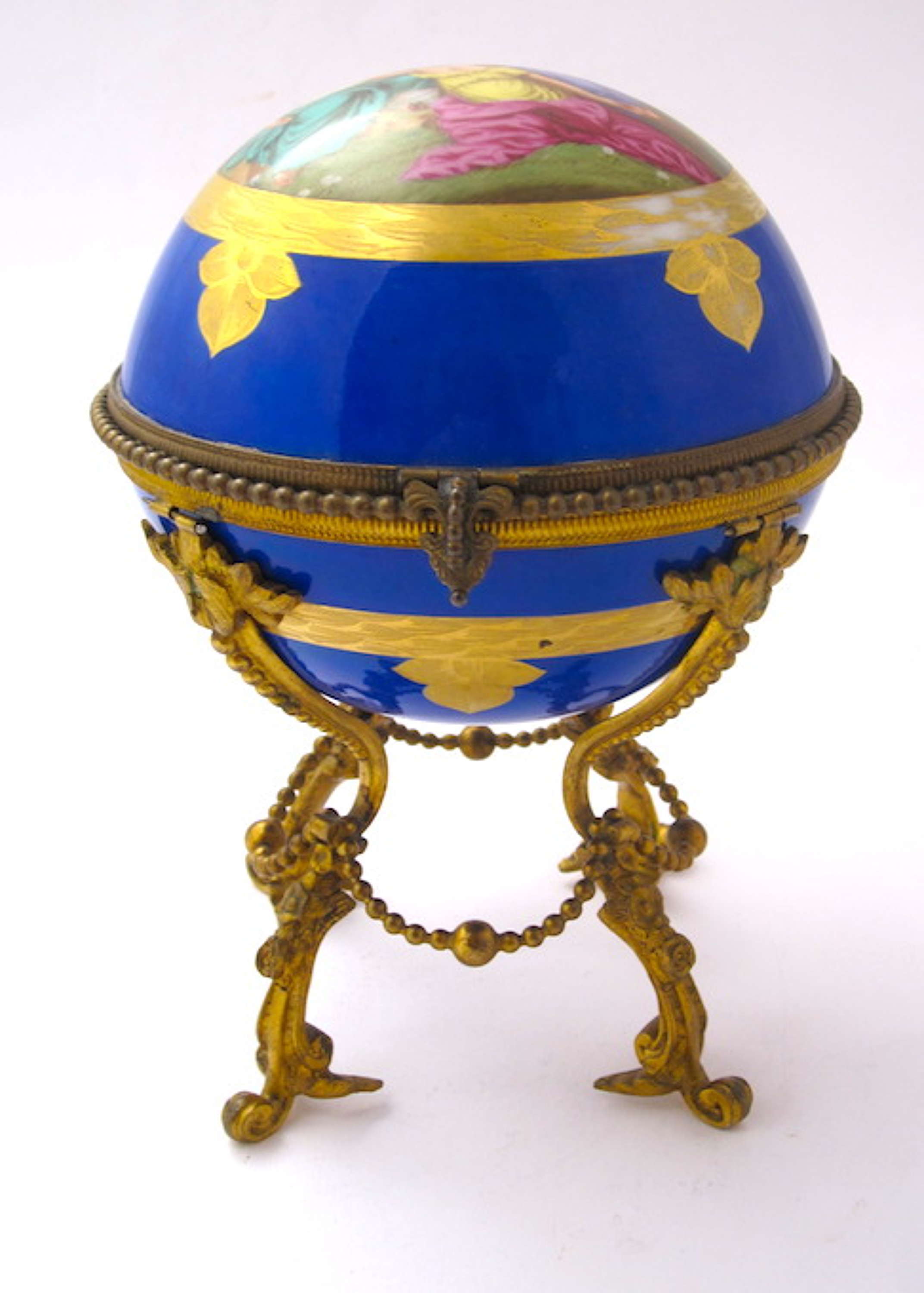 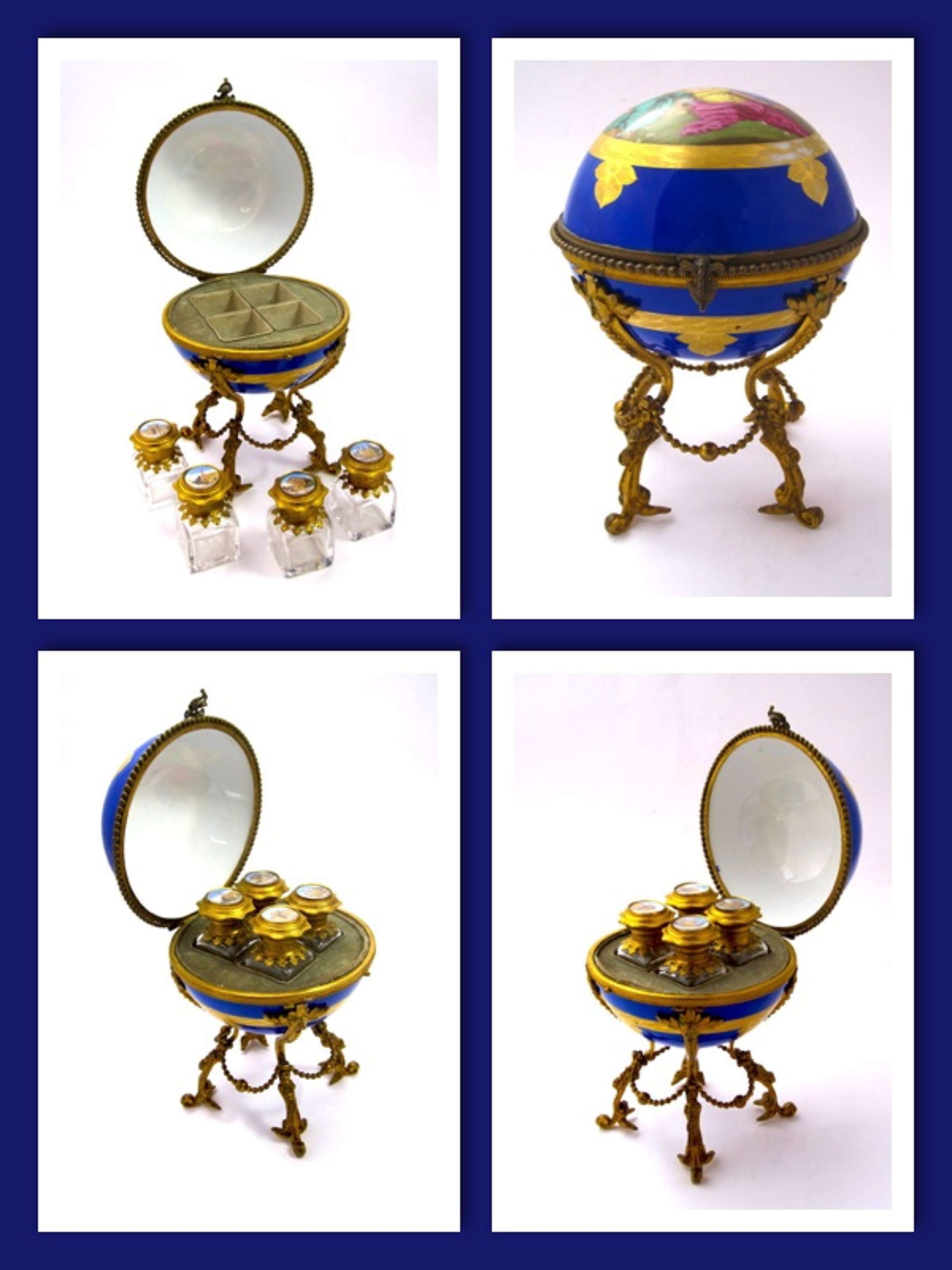 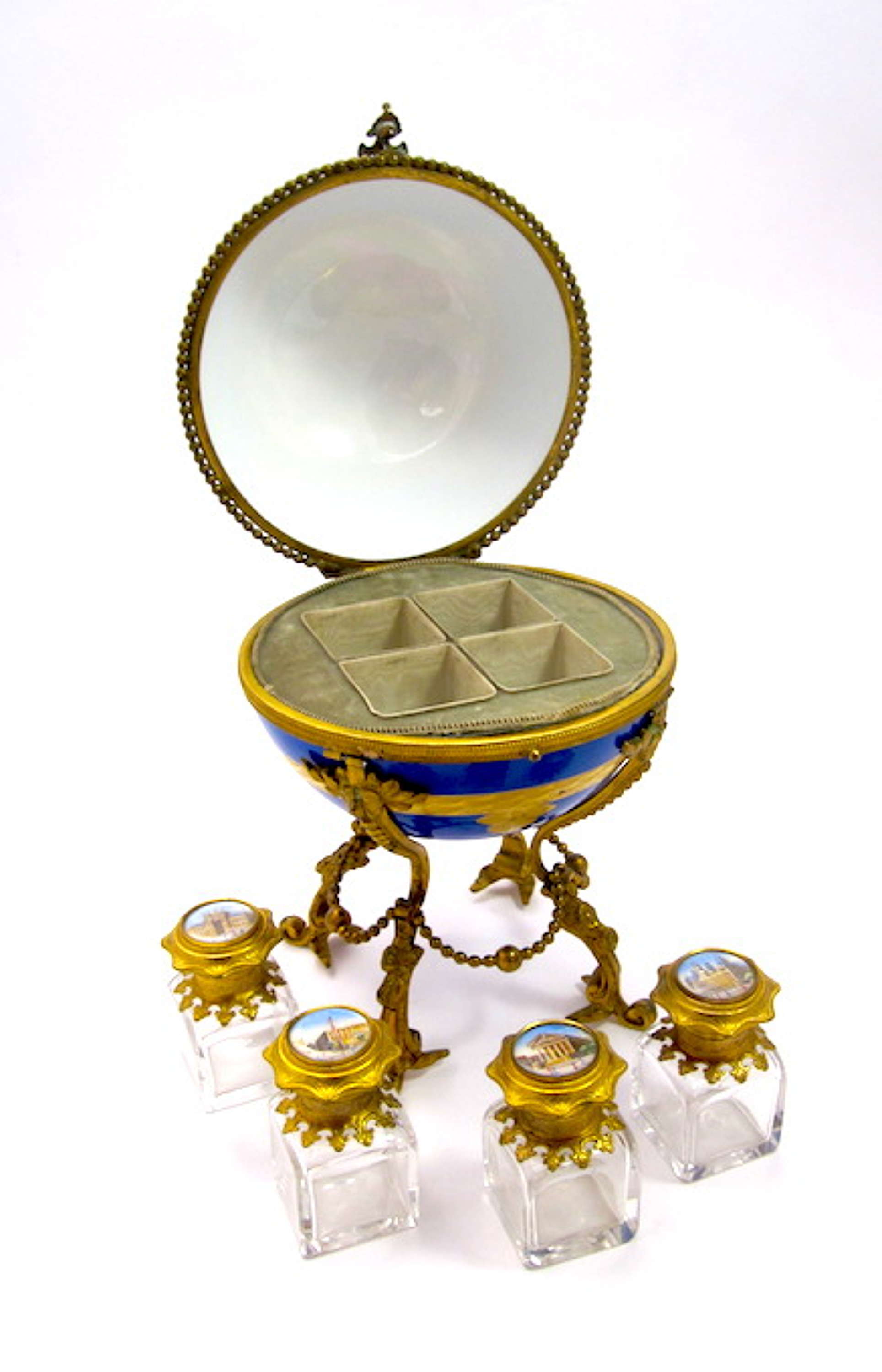 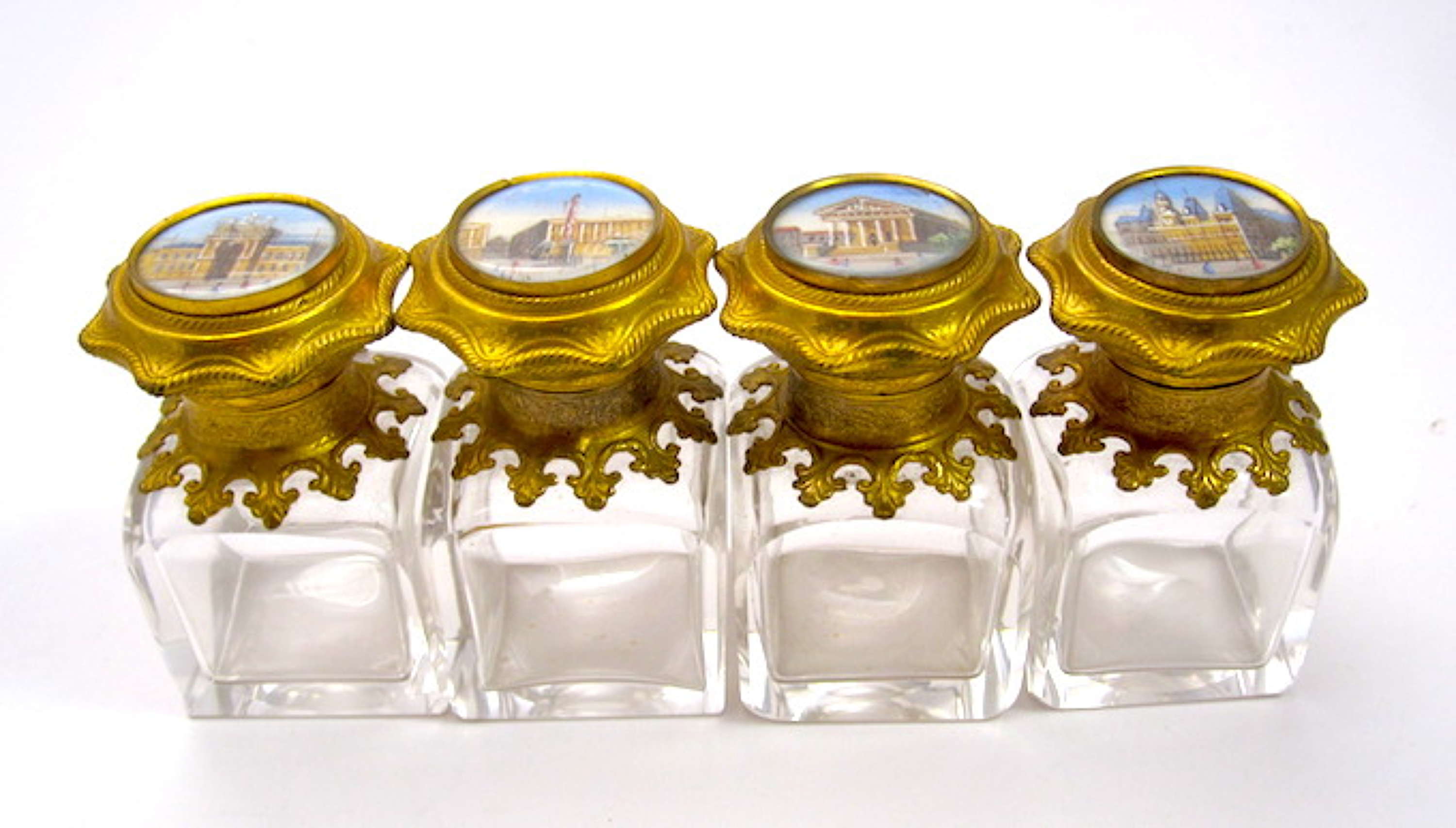 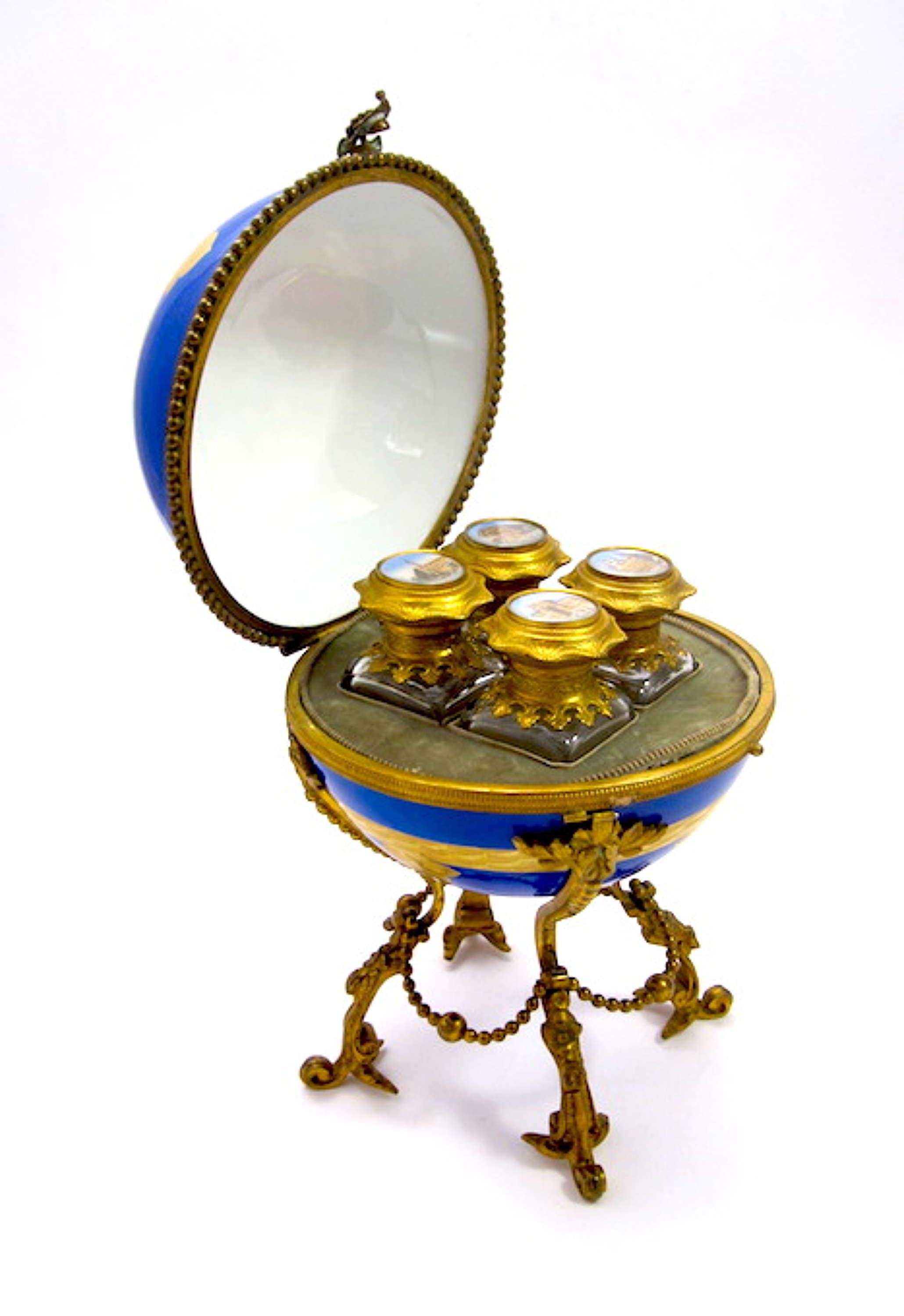 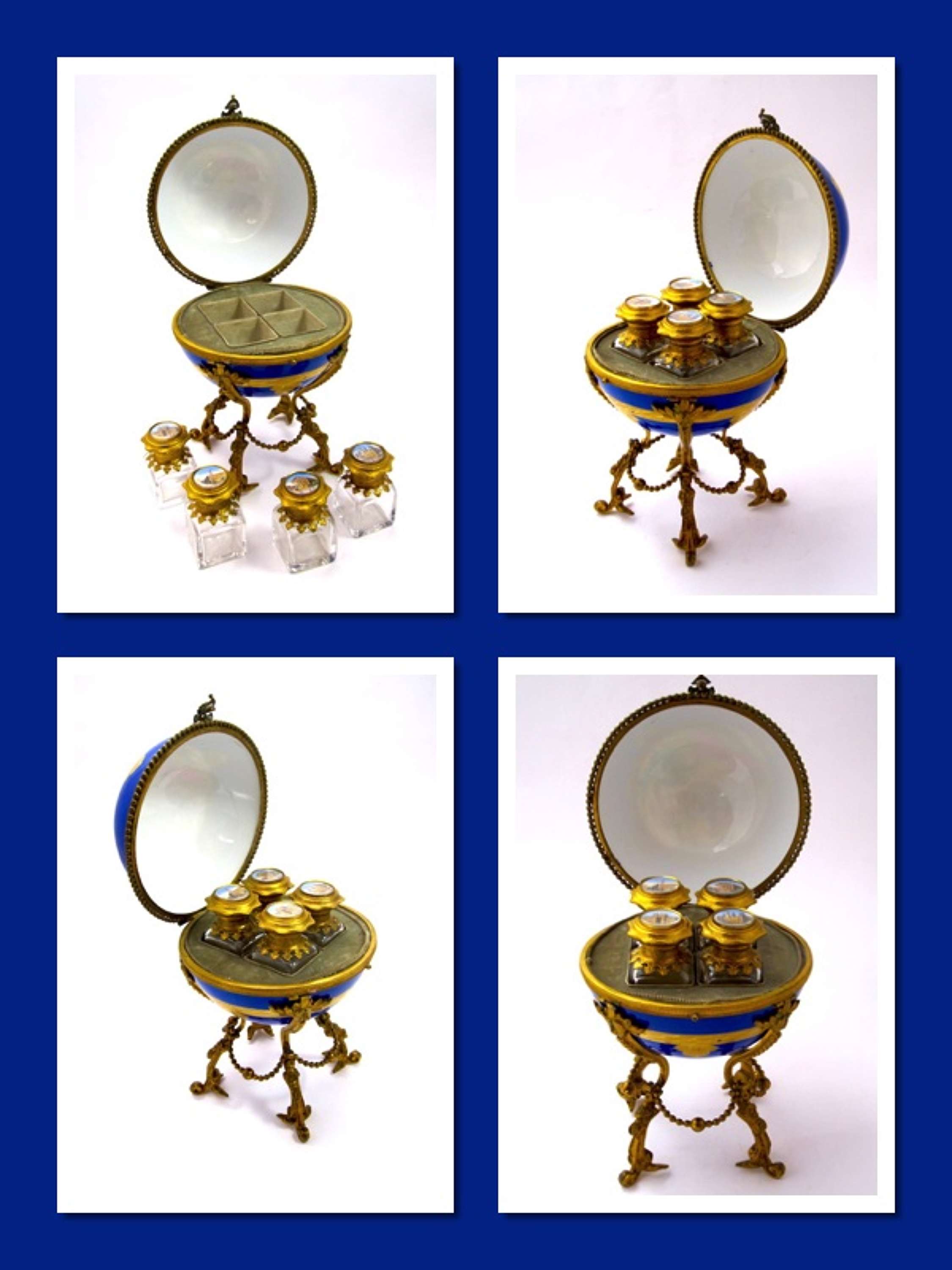