Antique Agate Scent Bottle with Simple Faceted Edges Mounted with Vermeil (Silver Gilt) and with a Hinged Top Adorned by a  Pretty Bird . The Neck is Enamelled in Red and and White Stripes and Dots.

The Clip is also Decorated with Turquoise and Garnet Jewels.

The Clip Tucks into the Waistband and the Perfume Bottle Hangs Below for Use when Needed.

It was a Form of Jewellery that had its Origins in Practical Use.

Through Time Châtelaines Came to Support Several Chains from which Accessories Such as Scent Bottles were Suspended  as Women’s Clothing were Designed with No Pockets.

The Wide Belts that were in Fashion were Suitable to Support Châtelaine Hooks and they began to Hang More and Varied Household Tools from their Belts to have them Handy at all Times.

This Chatelaine with its Beautiful Agate Perfume Bottle was useful for Keeping a Little Cologne Handy. 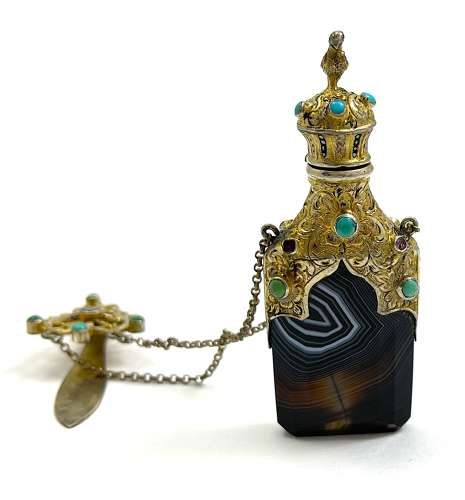 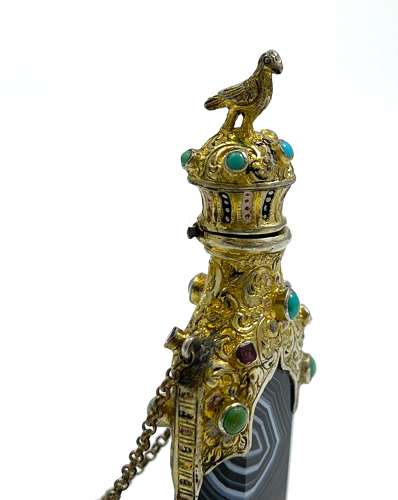 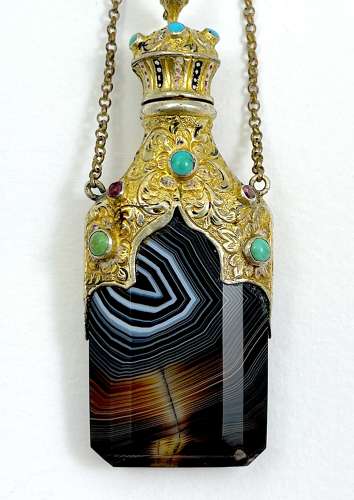 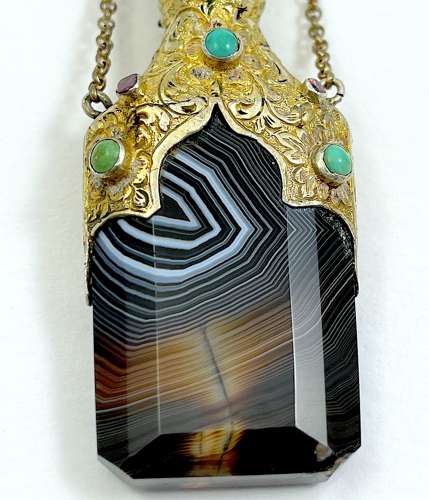 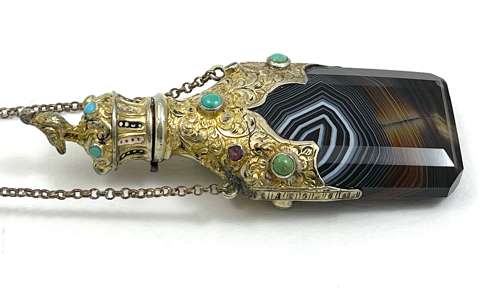 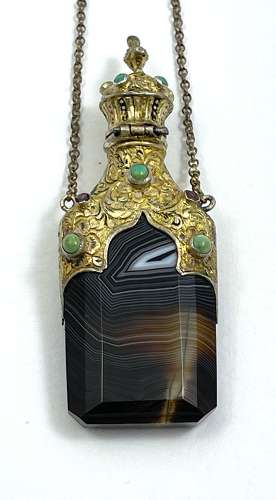 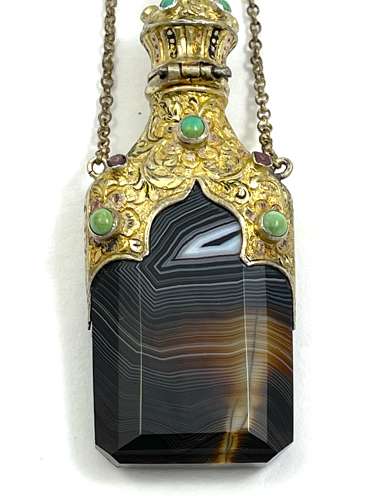 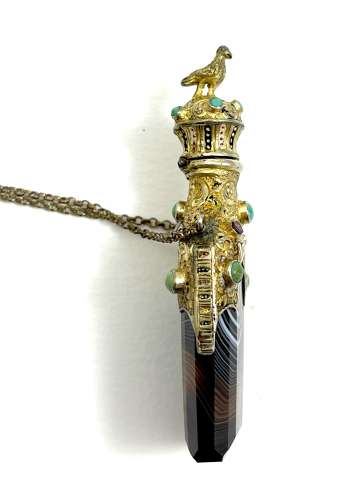 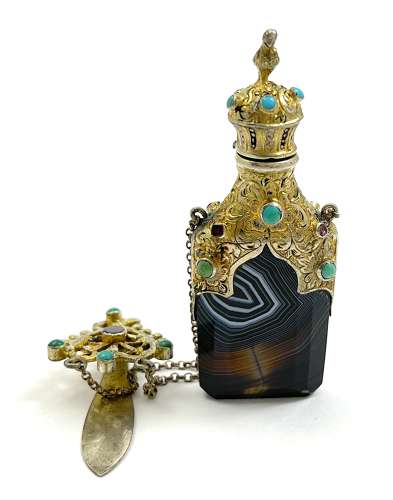 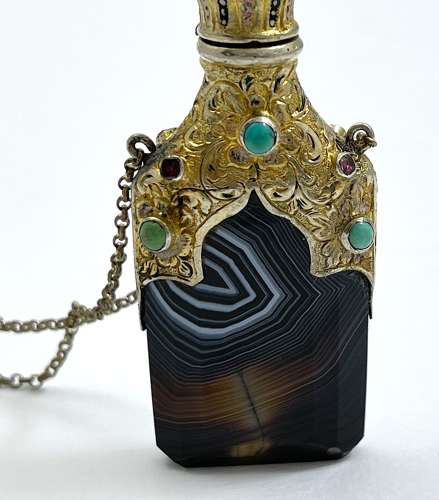 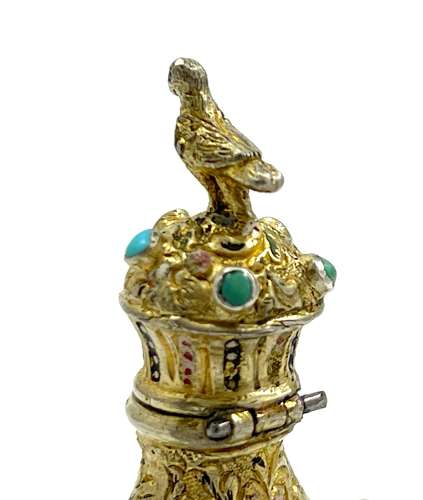