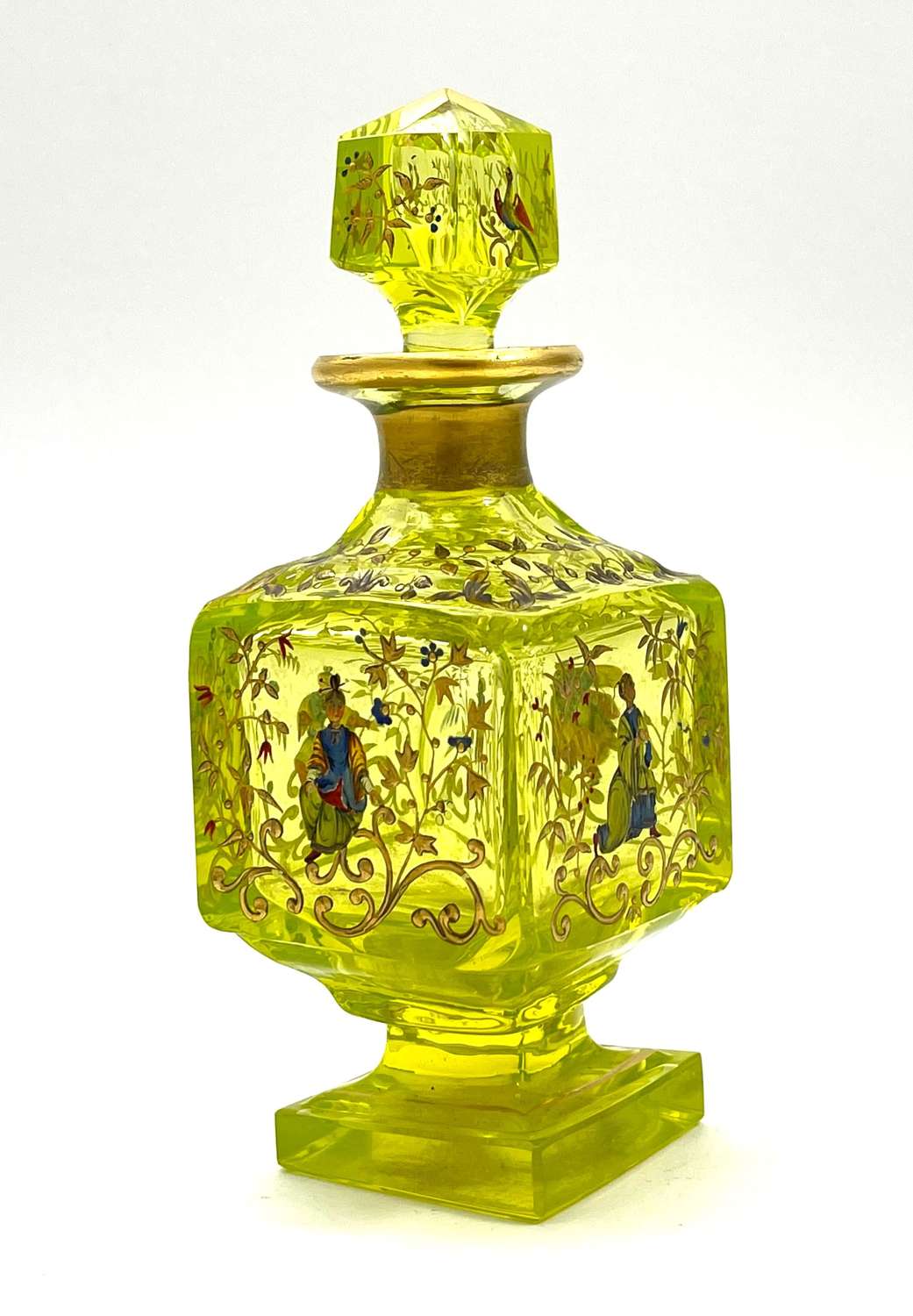 On all Sides of the Main Panels, Oriental Characters Sit in Botanical Settings. These Scenes are Framed with Gold Volutes and Foliage.

The Stopper is Decorated with Colourful Birds and Flowers.

Uranium glass called “Ouraline” is glass which has had uranium, usually in oxide diuranate form, added to a glass mix before melting for coloration.The normal colour of uranium glass ranges from yellow to green depending on the oxidation state and concentration of the metal ions, although this may be altered by the addition of other elements as glass colorants. Uranium glass also fluoresces bright green under ultraviolet light.

In the Early 19th century, the Far East fascinated the Western World, and everything that came from these regions was widely admired and imitated. In France, the movement gave birth to many objects that were "in the style of China." Romantic artistic interpretations are picturesque and full of fantasy. Decorative boxes, clocks, and other objects were embellished with Chinese-style characters, and a whole new vocabulary set developed that found its inspiration in these exotic sources.

This Perfume Bottle reflects the taste and curiosity about Oriental countries of the times, which provided abundant subject matter for artists' imaginations throughout the whole 19th Century.

CONDITION: Good, No Chips or Cracks. 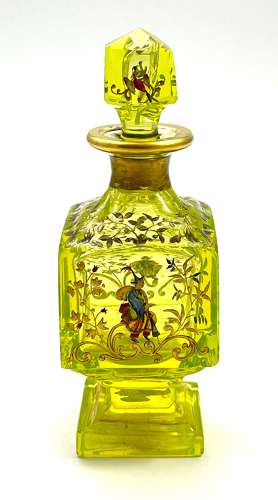 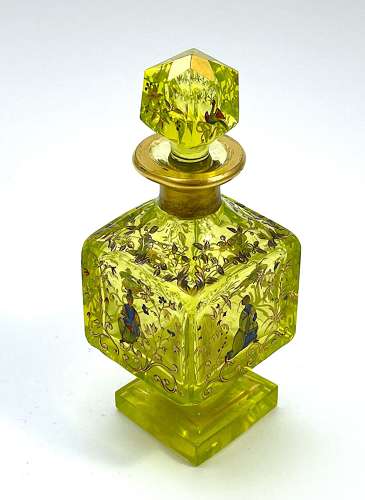 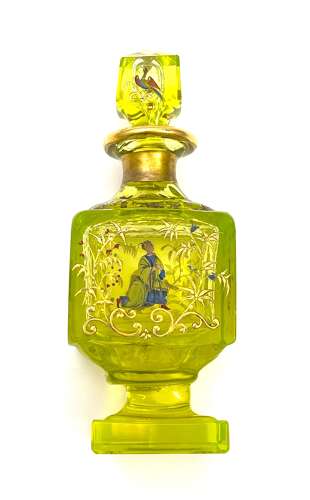 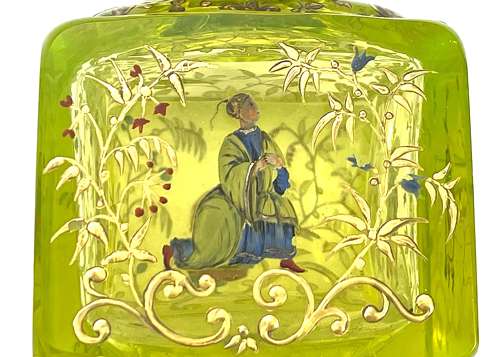 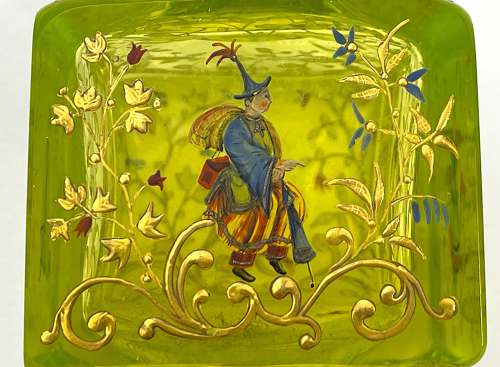 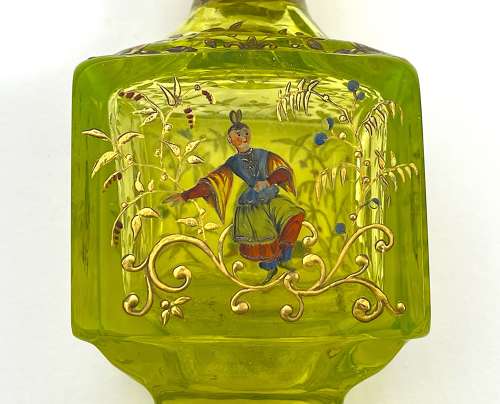 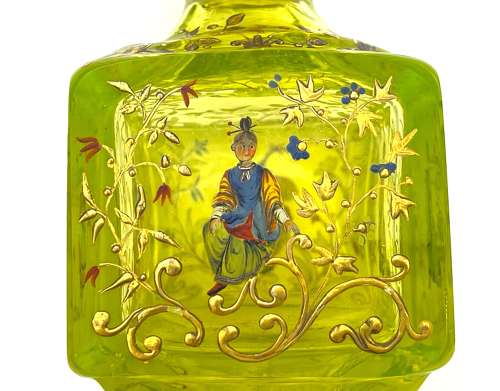 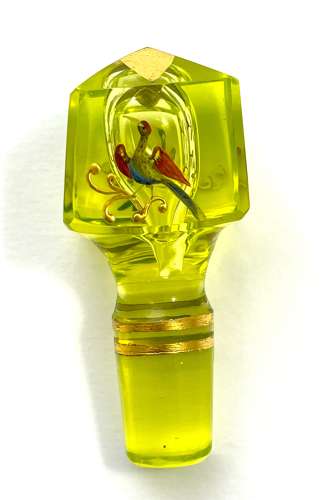 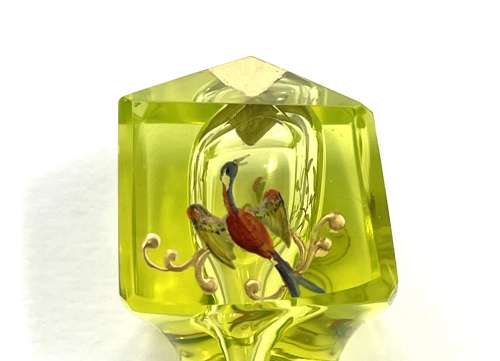 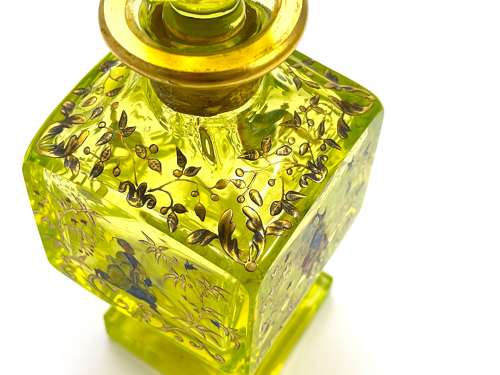 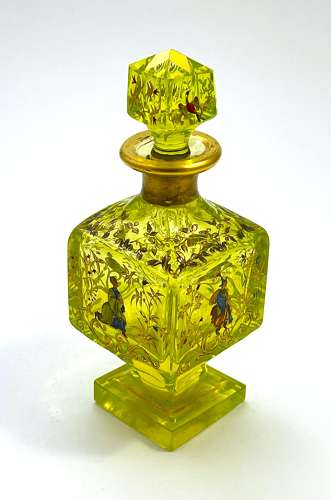 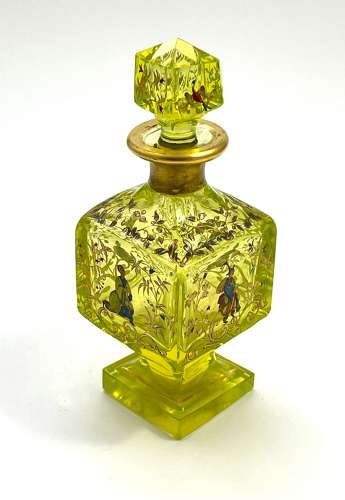 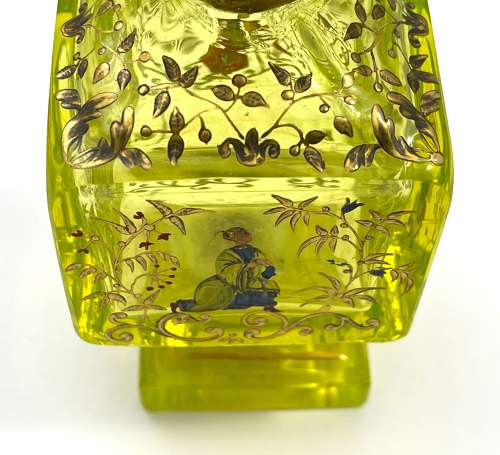 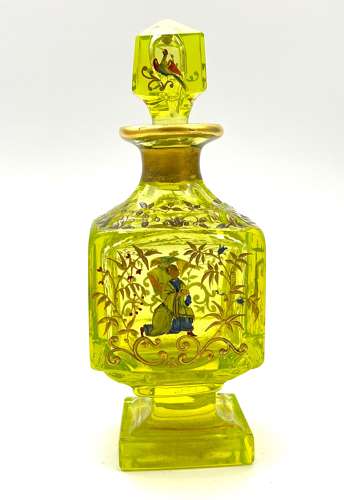 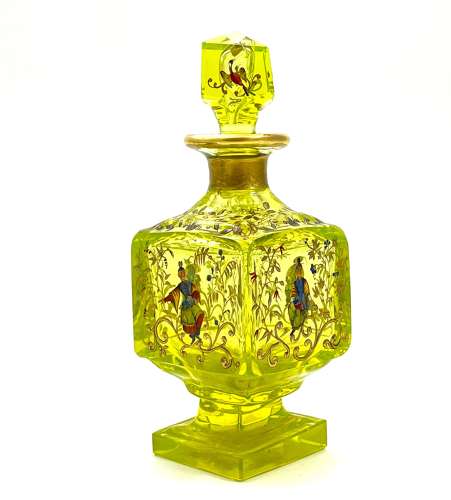 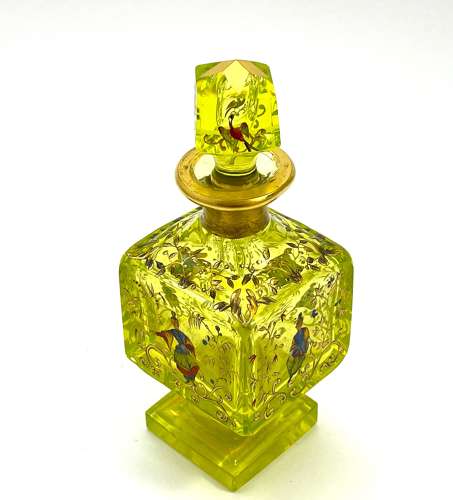