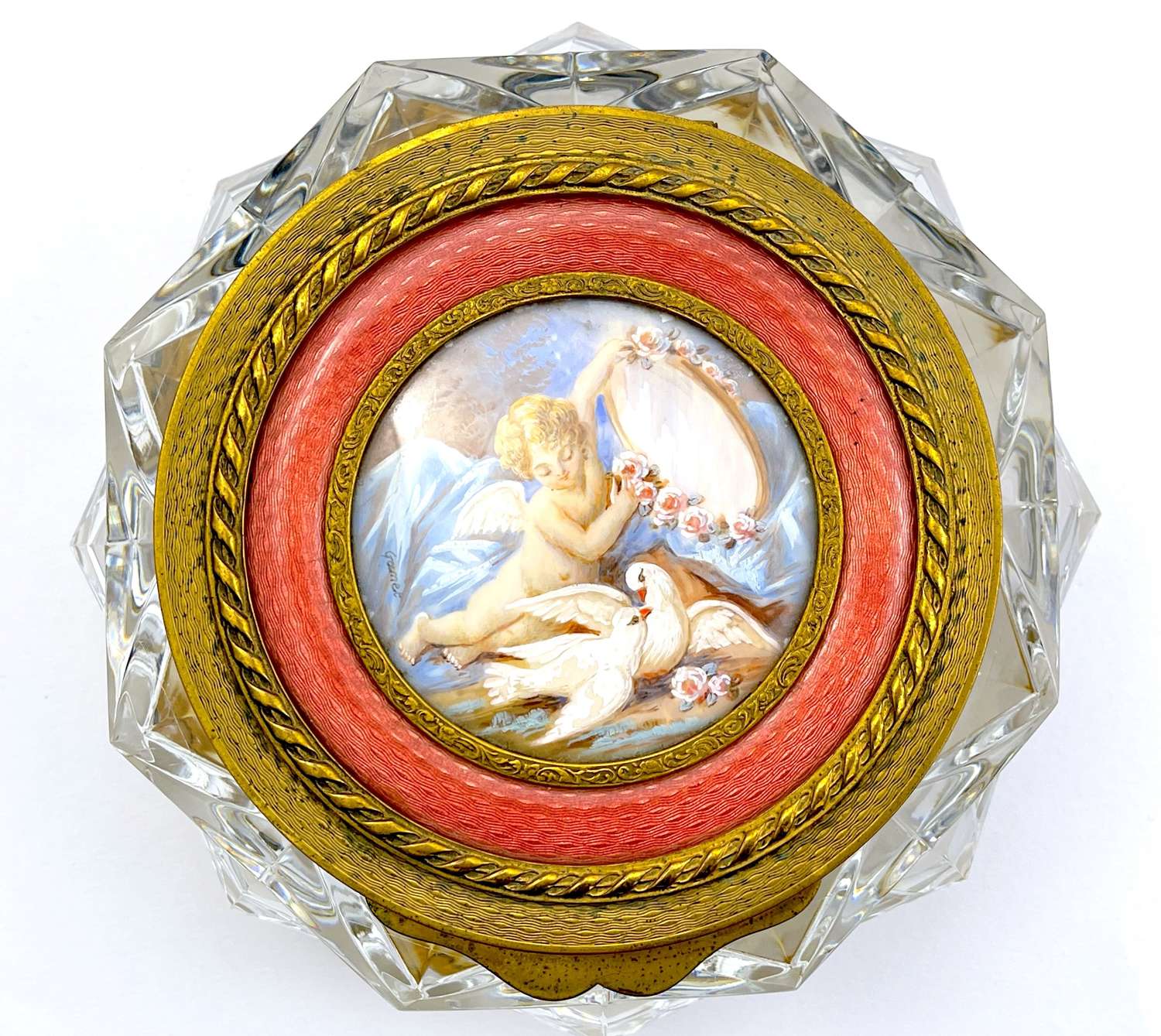 This Cut Crystal Casket is of High Quality and Specially Made By Baccarat for the Brand "A La Marquise de Sévigné."

The Dore Bronze Lid has a Beautiful Signed Gamet, Hand Painted Miniature of a Cherub and 2 Doves, the Symbol of Love and Purity Surrounded by a Pink Guilloche Enamel Border.

Signed BACCARAT on the Crystal Base and Signed A La Marquise de Sévigné, Paris on the Inside of the Lid. 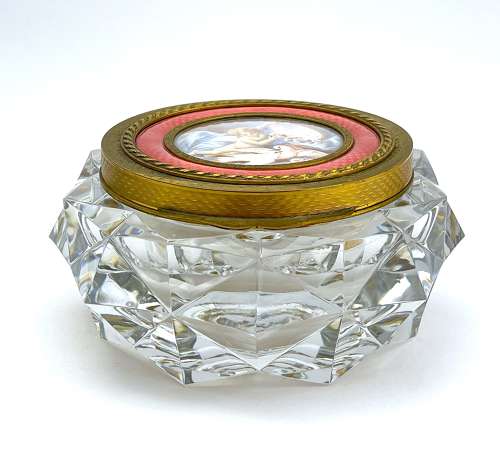 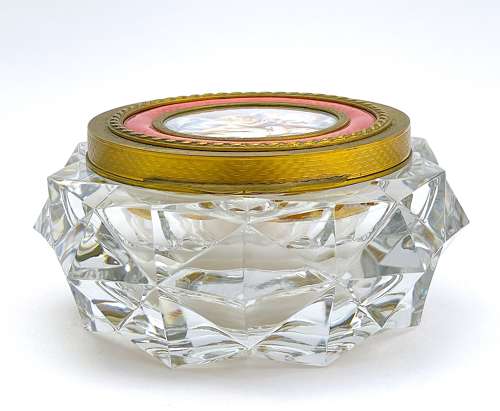 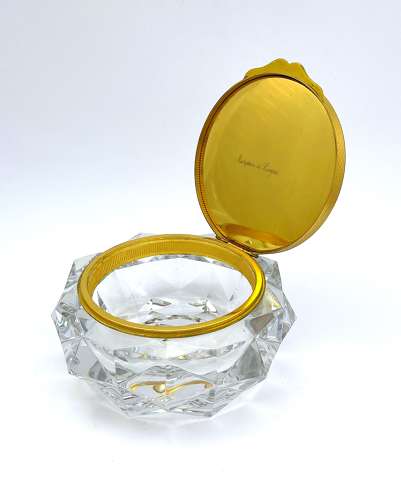 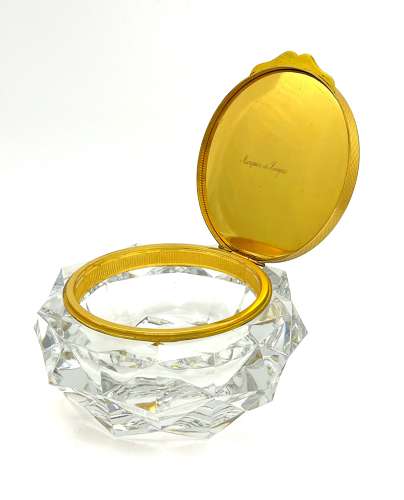 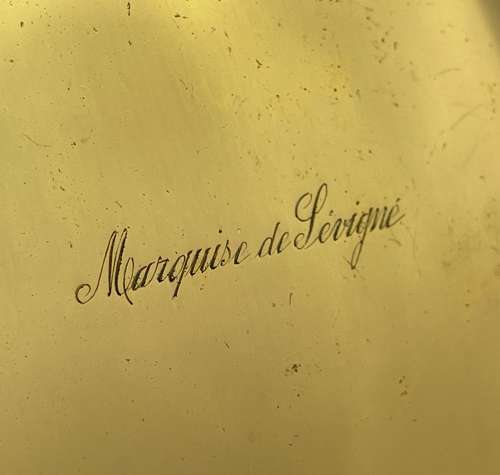 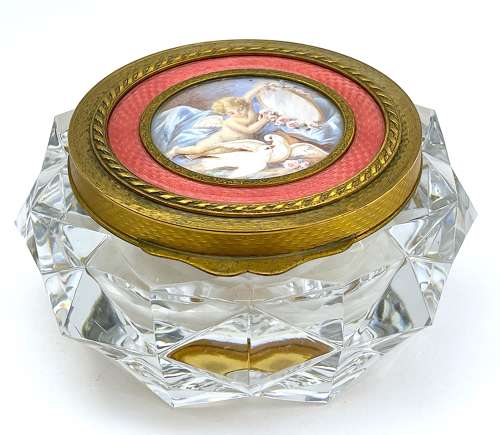 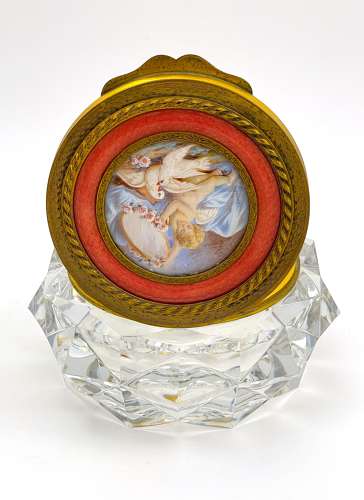 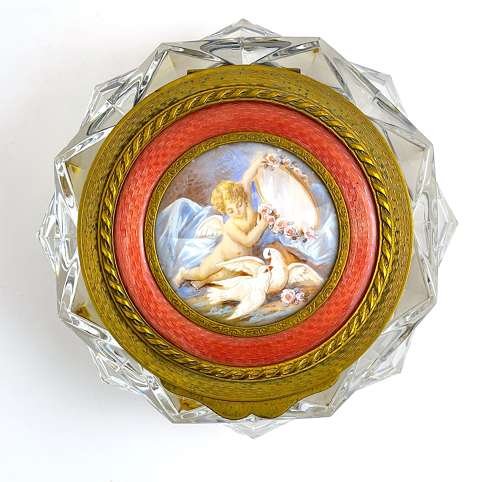 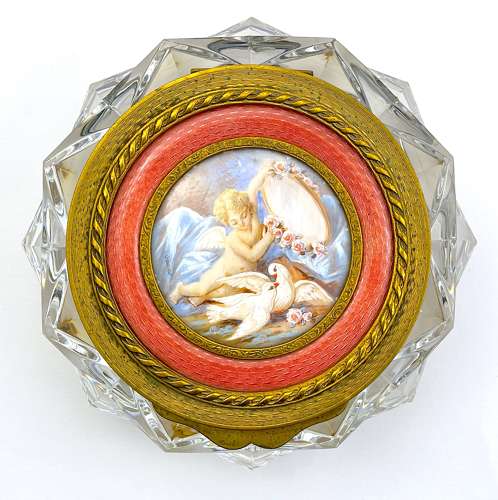 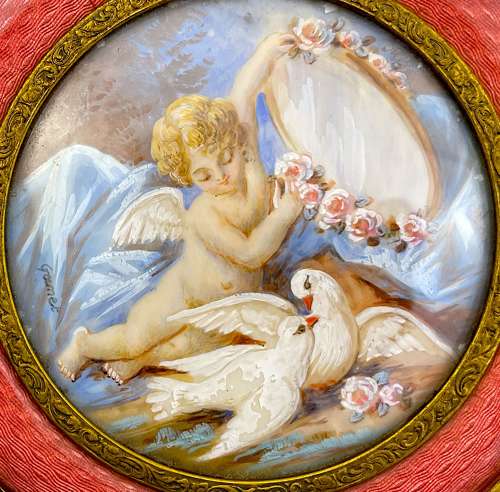 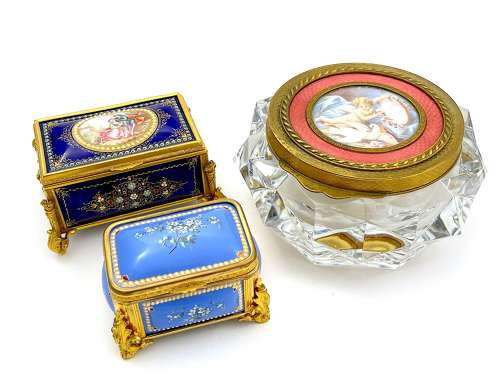 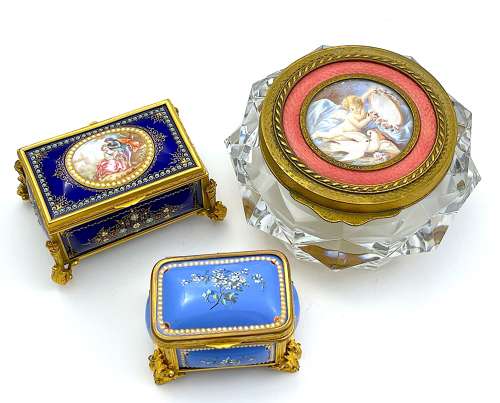 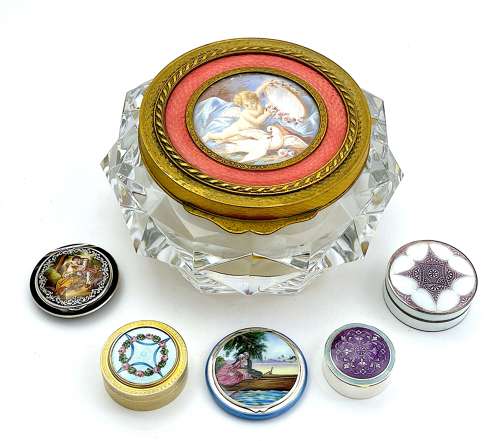